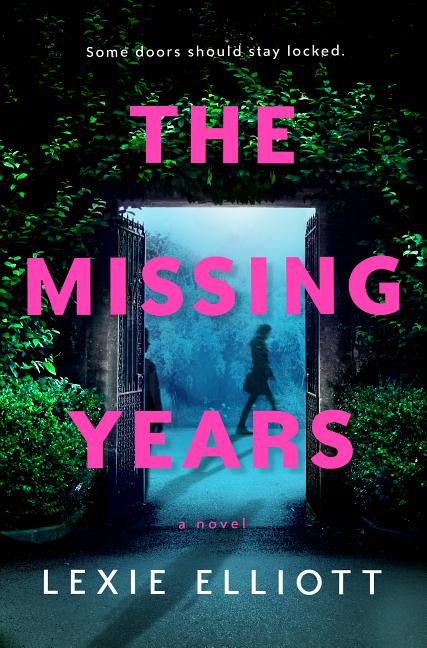 The author of The French Girl returns with a new paranormal mystery. Ailsa Calder has inherited half of her childhood home, the other half of which belongs to her father—who disappeared nearly three decades ago—and she can't escape the feeling that the house is haunted.

What The Reviewers Say
Rave Ray Palen,
Bookreporter
Skating the thin literary ice that separates psychological thriller from supernatural thriller is not easy, but Elliott makes it seem so, and keeps the reader off-balance right up until the very last page ... Lexie Elliott has...revelations and tricks up her sleeve that keep The Missing Years ticking along, page after page. The only time that is actually lost will be the time belonging to readers, who will be poring through this outstanding psychological thriller long past their bedtime.
Read Full Review >>
Positive Toni V. Sweeney,
New York Journal of Books
The Missing Years is a slow-starting book that takes a bit to get going but this isn’t necessarily a bad thing, because there’s a great deal of exposition the main character has to reveal to set events in motion. Each action is carefully laid out in a way making the reader anticipate what will happen ... All the players in the drama from Alisa to Fiona, and even Jonathan, Alisa’s significant other who’s mostly witnessed more or less remotely more or less via the newscasts he reports or in flashbacks, are meticulously characterized so the reader thinks he knows well how each will act—and is then proven cleverly wrong ... There’s only one minor detail with which one might take exception. When Martin Calder’s fate is finally discovered, it’s more or less brushed aside with bare legal amenities. One feels there should have been more done than a mere summoning-up on that matter. With its growing atmosphere of dread and its moody environs, The Missing Years begins with a Gothic hint that rapidly segues into a suspenseful thriller with a breathless twist of a dénouement.
Read Full Review >>
Positive Karen Keefe,
Booklist
Elliott follows up her well-reviewed debut, The French Girl (2018), with an equally atmospheric novel that keeps the reader intrigued and off-balance all the way through.
Read Full Review >>
See All Reviews >>
SIMILAR BOOKS
Fiction

The Devil Takes You Home
Gabino Iglesias
Positive
What did you think of The Missing Years?
© LitHub | Privacy