The Ministry of Truth: The Biography of George Orwell's 1984 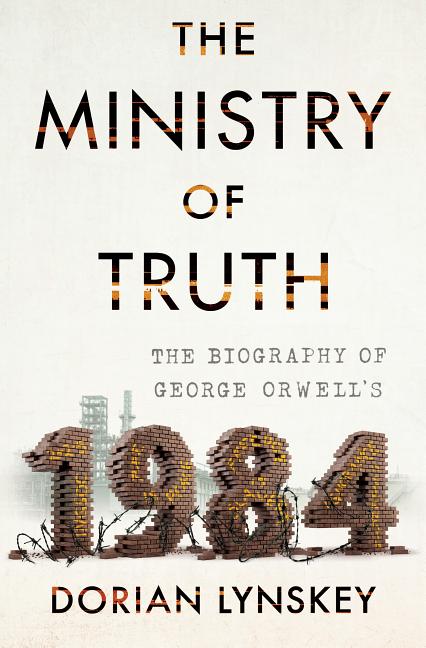 On the 70th anniversary of the publication of George Orwell's classic dystopian novel, a cultural critic reflects on its literary sources, its composition by Orwell, its deep and lasting effect on the Cold War, and its vast influence throughout world culture at every level, from high to pop.

What The Reviewers Say
Rave John Carey,
The Sunday Times
The first part inevitably repeats material from the voluminous commentaries on Orwell already in print. But it is freshly and powerfully argued ... The second half of Lynskey’s book is richly informative, surveying the reception of Orwell’s novel decade by decade, and its adaptation ... It makes for an astonishing cultural medley ... Lynskey’s overall admiration is clear, but he sharply criticizes Orwell’s prejudices—his 'kneejerk homophobia' and his 'thoughtless dismissal of feminism' ... If you have even the slightest interest in Orwell or in the development of our culture, you should not miss this engrossing, enlivening book.
Read Full Review >>
Mixed Lev Mendes,
The New York Times Book Review
...[a] wide-ranging and sharply written new study ... Lynskey largely refrains from participating in the quarrel over Orwell’s and his novel’s true teachings and rightful heirs. If anything, The Ministry of Truth can seem too remote at times from its subject matter. For a 'biography' of 1984, it contains surprisingly little sustained discussion of the work itself, mostly referring to it in brief, though insightful, asides that are dispersed throughout. There could have been more in-depth analysis of the dynamics of power in Orwell’s totalitarian state ... Nor does Lynskey illuminate the literary or intellectual qualities that distinguish Orwell’s novel from its many predecessors and descendants in the dystopian genre. In short, while we learn a great deal about the evolution and influence of 1984 as a cultural phenomenon, we sometimes lose sight, in the thick of Lynskey’s historicizing, of the novel’s intrinsic virtues—of what makes it distinctive and accounts for its terror and fascination in the first place. Lynskey is surely right, however, to note that the meaning of Orwell’s novel has shifted over the decades along with the preoccupations of its readers; and that in our low, dishonest moment, it is 'most of all a defense of truth.'
Read Full Review >>
Rave DJ Taylor,
The Guardian
...[a] highly astute study ... Thoroughly researched and wearing its scholarship lightly, The Ministry of Truth is at its best in some of its pop cultural gleanings ... If Lynskey misses anything, it is a suspicion that Nineteen Eighty-Four’s roots may lie even further back in Orwell’s work. After all, each of his four 1930s novels features a central character ground down and oppressed by a vigilant authority that he or she has no way of resisting.
Read Full Review >>
See All Reviews >>
What did you think of The Ministry of Truth: The Biography of George Orwell's 1984?
© LitHub | Privacy