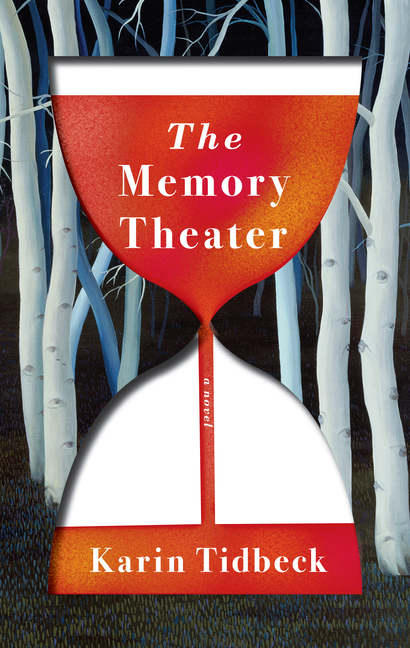 In a world just parallel to ours exists a mystical realm known only as the Gardens. It is a place where feasts never end, games of croquette have devastating consequences, and teenagers are punished for growing up. Dora and Thistle--best friends and confidants--set out on a journey through time and space. Traveling between their world and ours, they hunt the one person who can grant them freedom.

What The Reviewers Say
Rave Paul D Filippo,
Locus
Tidbeck’s book flows directly from the Ur-master of the whimsically uncanny and disorienting, Lewis Carroll. It picks up mythic fairy-tale resonances from George MacDonald, and some quotidian creepiness from Arthur Machen, and wry feyness from James Branch Cabell ... It’s a narrative that blends unearthly estranging motifs and incidents with a vivid naturalism, in a low-key yet implacable manner that conjures up in the reader almost subliminal associations with potent mythic tropes. In other words, it disdains the tricks and traits of commodified fantasy in favor of more ancient methods and objectives, thus becoming timeless in its effects ... it shows a level of unassuming but beautiful prose which many a native speaker might envy ... The whole book is fleshed out in this kind of elegant and harmonious prose which never strains for melodramatic effects, but which still hits forcefully when needed ... Taken all in all, this sophomore novel from Tidbeck is a remarkable accomplishment, full of eerie magic, human pathos, and mystical urgings.
Read Full Review >>
Rave Amal El-Mohtar,
The New York Times
... exquisite and astonishing. The prose has a sculpted precision, every sentence both tense as a watch spring and serene as a mountain. Tidbeck skips from horror to wonder to humor like a stone skimming water, and is equally nimble in managing characters; each one steps onto the page fully formed no matter how minor the role ... The tragedies at the book’s heart — the agonizing losses, the senseless cruelty — are somewhat mitigated by their parallels to folk and fairy tales, which offer the benefit of a certain distance; a murder is less appalling when encountered in a ballad, pinned into place by a refrain.
Read Full Review >>
Rave Molly Templeton,
Tor.com
Summaries don’t capture the weight of worlds, the yearning for home, the driving force of stories within this story. It’s a fairy tale without fairies, a book that uses the irrefutable logic of the fairytale form: This is how it happened. Magic simply is. Tidbeck’s tale is a quest and a trap, a two-pronged narrative in which two children find their way out of a timeless world—while one’s former keeper desperately seeks a way back in. It made me feel as if I’d been let in on a secret by someone who understands more mysteries of the world than I do, and it left me grateful for the experience of reading. ... A nesting doll of interconnected worlds and lives, a kaleidoscopic reflection of our reality, made magical and strange. It’s about names, and freedom, and repeating the past; it’s about finding your place in the world, telling necessary stories, and the power of crossroads. Maybe it’s just a story. But it’s the kind of story that feels true ... Tidbeck is never prescriptive, but writes with grace and economy, dipping into more lush phrases when she needs them ... The Memory Theater tells the stories the world needs to remember. Its four players mostly have titles for names—Director, Journeyman, Apprentice, and, for some reason, Nestor. When they perform, they become their roles, regardless of age or gender or even species. They are transformed in the act of telling, performing scripts that simply appear in their playbook. It’s a dream of creative life: work that is necessary, transformative, true, and needed. Each role is vitally important, especially the still-learning Apprentice, who provides hope ... rich, multiversal, all-encompassing.
Read Full Review >>
See All Reviews >>
SIMILAR BOOKS
Fantasy

A Marvellous Light
Freya Marske
Rave
What did you think of The Memory Theater?
© LitHub | Privacy