The Marvellous Equations of the Dread: A Novel in Bass Riddim 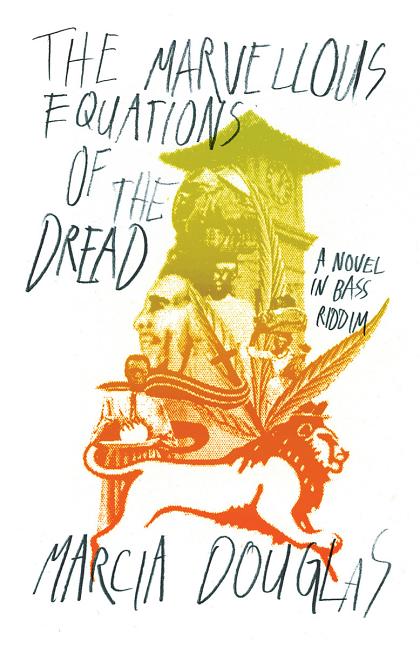 The spirit of Bob Marley dominates this novel, which evokes the rich, bottom-heavy sounds of Marley’s music.

What The Reviewers Say
Rave Juan Vidal,
NPR
Told through chapters that are presented as musical tracks...a work of poetry steeped in history and rich with imagination. The lyrical language keeps the pages turning, track after track...The story centers on a reincarnated Bob Marley and ranges from the rougher parts of Kingston and Zion in Jamaica to Emperor Haile Selassie's palace in Addis Ababa. We hear first from Marley's one-time lover Leenah, a deaf but wildly perceptive woman who gives her account of the first time she and Bob met. She describes him as a man with 'mischief in his eyes,' 'misbehaving hair,' and whose cheekbones could 'balance an egg or a flame or a revolution.' ... Marvellous Equations is an intoxicating mix of...realism that not only surveys Rastafarian tradition, but also sheds light on the injustices against Rastafarians in Jamaica ... Her chapters are tracks that all work well as singles, but when played together pulsate with...power.
Read Full Review >>
Positive Colin Grant,
The New York Review of Books
Douglas is concerned with the fragility and deepening injustice of society that lead to the coarsening of human relations; in her novel, Jamaica is a country where families leave newborns on the steps of churches to be adopted by whoever passes, and where adolescents demonstrate their manliness through gang allegiance, robbery, and murder. Its population is lost and in need of salvation. The spiritual and revolutionary fervor once displayed by preachers seemed to diminish after Marley’s death; The Marvellous Equations of the Dread is a stimulus toward its revival ... Revolutionary lyrics to several of Marley’s songs...are seeded throughout the novel as if they were clues to a secret code, which adds to the complex structure of the book ... Douglas offers a compassionate portrayal of Selassie as a pious Christian, a member of the Ethiopian Orthodox Church who has taken his rightful place in Zion ... By bringing Marley back as a street Rasta, Douglas has restored him to his presanitized state and accents his simple but revolutionary message that Babylon is bent on the destruction of the poor.
Read Full Review >>
Positive World Literature Today.
This is the story of Robert Nesta Marley, Haile Selassie, Marcus Garvey, their loves, Jamaica past and present, and of the Rastas, among others ... The characters provide recitations, dance, and perform their stories in the novel, symbolic of the lives that they led while alive. They defend their actions or lament them as acts of redemption, and what better way to redeem than to perform acts to repair society ... The center of the story revolves a reincarnated Bob Marley and his love for Leenah, the deaf daughter of parents who are persecuted for being Rastafarian ... This work may easily be classified as a neoresistance narrative. It harkens back to the past of slavery, oppression, and violence to account for the situation in Jamaica today. The ancestors’ rebellious acts and products must come to bear in order to defeat the enemy of violence, poverty, and hatred. By turns the novel reveals that the solution must begin with the children, and music can be a cure for the malaise.
Read Full Review >>
See All Reviews >>
SIMILAR BOOKS
Fiction 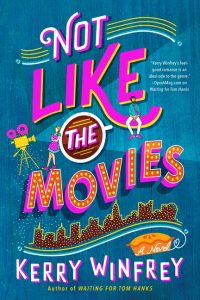 Not Like the Movies
Kerry Winfrey
Positive
What did you think of The Marvellous Equations of the Dread: A Novel in Bass Riddim?
© LitHub | Privacy