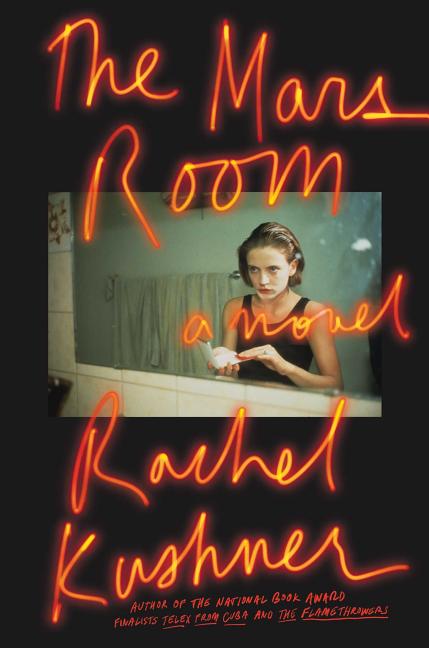 From the author of The Flamethrowers. It's 2003 and Romy Hall is at the start of two consecutive life sentences at Stanville Women's Correctional Facility, deep in California's Central Valley. Outside is the world from which she has been severed: the San Francisco of her youth and her young son, Jackson. Inside is a new reality: thousands of women hustling for the bare essentials needed to survive.

What The Reviewers Say
Rave Sasha Frere-Jones,
Bookforum
...a gorgeous, contemplative slow ride ... The slow torque of the book embodies the limited range of the imprisoned being multiplied by the infinity of a life sentence. The Mars Room uses a handful of years behind bars as the fixed hub of the present, and Romy’s memories become the spokes ... When the short emotional cables of family and granular physical detail combine, The Mars Room sings ... The cadence of The Mars Room is fluid throughout, as intense as the dense circuitry of The Flamethrowers, just cooler.
Read Full Review >>
Positive Dwight Garner,
The New York Times
Kushner’s portrait of life inside the women’s prison is grainy and persuasive. It’s all here: the lice treatments, the smuggling of contraband in rectums and vaginas, the knifings, the cliques, the boredom, the heinous food ... Kushner smuggles her share of humor into these scenes. Like Denis Johnson in Jesus’ Son, a book this novel references, she is on the lookout for bent moments of comic grace ... If these prison scenes have a flaw, it’s that Kushner has clearly done so much research that it weighs her down a bit. It’s as if she feels compelled to report everything she’s learned. The Mars Room is a major novel, a sustained performance, one that broods on several exigent ideas ... The Mars Room moves cautiously and slowly. It prowls rather than races. It is like a muscle car oozing down the side roads of your mind. There are times when you might wish it had more velocity, more torque, yet there are reasons it corners cautiously.
Read Full Review >>
Rave Michael Schaub,
NPR
There's very little sunlight, literally and metaphorically, in Kushner's brilliant and devastating The Mars Room ... The Mars Room is a necessarily claustrophobic book, but that's not at all a bad thing. Kushner does a masterful job evoking the isolation and hopelessness intrinsic to a life behind bars; she never resorts to cliché or pathos, but still manages to convey the emotional torture to which prisoners are subjected on an hourly basis ... Kushner doesn't make a false move in her third novel; she writes with an intelligence and a ferocity that sets her apart from most others in her cohort. She's a remarkably original and compassionate author, and The Mars Room is a heartbreaking, true and nearly flawless novel.
Read Full Review >>
See All Reviews >>
SIMILAR BOOKS
Fiction

Pure Colour
Sheila Heti
Positive
What did you think of The Mars Room?
© LitHub | Privacy