The Man That Got Away: A Constable Twitten Mystery 2 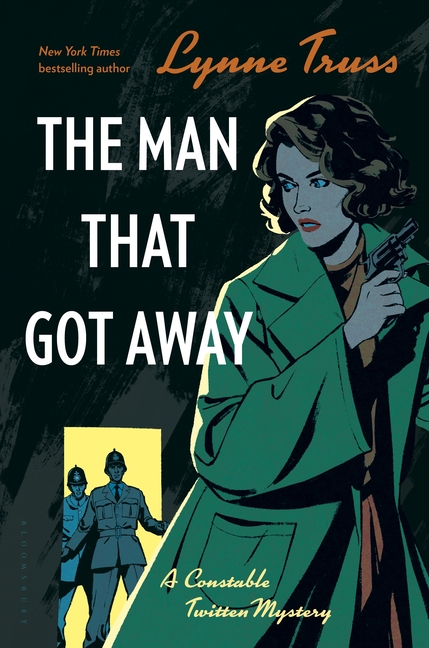 As a case twists and turns, Constable Twitten must find the murderer and convince his colleagues that there's an evil mastermind behind Brighton's climbing crime rate in the second installment of Truss' British crime series.

What The Reviewers Say
Rave Toni V. Sweeney,
The New York Journal of Books
For those missing the initial novel, members of the constabulary are re-introduced in enough detail for the uninitiated to immediately grasp their various identities. Twitten is still as earnest and pedantic, Inspector Steines just as dense, and Mrs. Groynes as crafty as ever ... The characters in this story are more deadly and dangerous than those included previously—if that’s possible. The craft and care with which author Truss weaves her facts into a richly narrated but utterly hilarious tapestry is amazing. The reader may find himself wondering how she manages to keep her facts straight as she throws his own mental processes into such a delightful muddle ... Filled with British humor and slang, The Man That Got Away is hilarious and intriguing, with satire aforethought. Don’t overwork the little gray cells; simply read and enjoy!
Read Full Review >>
Positive Tom Nolan,
The Wall Street Journal
... a worthy follow-up to her delightful 2018 novel A Shot in the Dark ... Ms. Truss plants references to real and fictional Brighton legends throughout her dark entertainment ... Her work’s madcap manner evokes other British artistic touchstones from Shakespeare to The Goon Show. And once Twitten begins to shed some of his moral scruples in pursuit of the truth, one looks forward with glee to the novel’s culmination—and to this quick-learning constable’s future adventures.
Read Full Review >>
Positive Mary Kay Bird-Guilliams,
Library Journal
Great attention to details of the period and the various conflicts between the social classes is lavished on the setting and characters ... The author’s flair for language adds to the book, as do the colorful 'extras,' including the Brighton Belles (pretty young women who act as goodwill ambassadors), the musicians who perform at a local venue, a humbug seller, and horrendously fake waxwork parlor shopkeepers ... The precise wordplay and convoluted crime plot of this 1950s British blackish comedy will please fans and attract more readers to the series.
Read Full Review >>
See All Reviews >>
SIMILAR BOOKS
Fiction

A Will to Kill
Rv Raman
Positive
What did you think of The Man That Got Away: A Constable Twitten Mystery 2?
© LitHub | Privacy