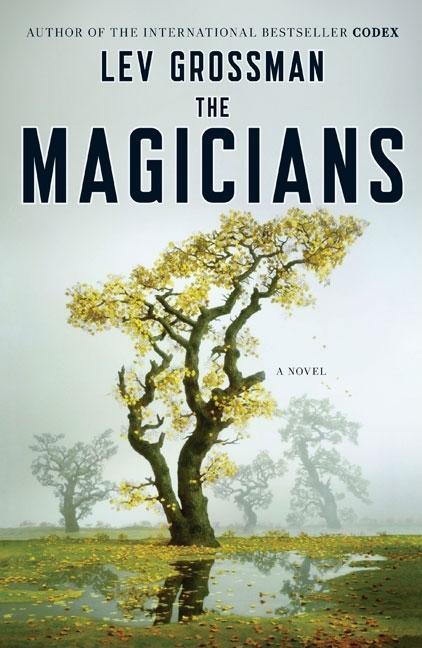 In a secret world of forbidden knowledge, power comes at a terrible price. Quentin Coldwater's life is changed forever by an apparently chance encounter: when he turns up for his entrance interview to Princeton he finds his interviewer dead - but a strange envelope bearing Quentin's name leads him down a very different path to any he'd ever imagined.

What The Reviewers Say
Rave Todd VanDerWerff,
The A.V. Club
...marvelous ... Grossman’s triumph is that he treats these magical worlds of childhood seriously ... Plenty of fantasies have traded on the ground broken by J.K. Rowling, C.S. Lewis, and Tolkien, but The Magicians is one of the few to really ponder the psychology of a talking bear ... What makes the book so terrific is Grossman’s large, varied cast of characters ... Magicians is episodic by nature, which may throw some readers off. But Grossman creates a spine that gives it life by depicting its protagonist’s attempts to resist depression.
Read Full Review >>
Rave Stefan Raets,
Tor.com
...an interesting read for fantasy fans, because it involves a clever meta-fictional twist ... While the Harry Potter comparison is obvious (and, again, totally understandable from a marketing perspective), I think it’s also appropriate to compare The Magicians to a more adult version of The Neverending Story ... Lev Grossman is doing more than just telling a story here. Indirectly, he’s having a conversation with fantasy readers about what it’s like to be a fan of stories that involve magic and alternate realities ... It’s funny and a bit gimmicky, but it also highlights again the dissonance between fiction and reality that the more intelligent characters in the novel experience ... I approached The Magicians expecting a gimmicky 'adult Harry Potter' story, and was very pleasantly surprised ... That The Magicians manages to remain highly accessible, readable and entertaining while delivering all of this is simply amazing.
Read Full Review >>
Mixed Michael Agger,
The New York Times Book Review
Fantasy novels involve magic and are a little bit like magic themselves ... Lev Grossman’s third novel is a homage to that early wonderment ... Grossman has written what could crudely be labeled a Harry Potter for adults. He takes the rudiments of that story — an alternate society of magicians bumpily coexists with our own — and injects mature themes ... Grossman’s story is most entertaining when documenting life at Brakebills. The school has a cantankerous dean whom I particularly liked ... It’s the original magic — storytelling — that occasionally trips Grossman up. Though the plot turns new tricks by the chapter, the characters have a fixed, 'Not Another Teen Movie' quality ... It’s similar to inviting everyone to a rave for your 40th-birthday party. Sounds like fun, but aren’t we a little old for this?
Read Full Review >>
See All Reviews >>
SIMILAR BOOKS
Fantasy

Flyaway
Kathleen Jennings
Rave
What did you think of The Magicians?
© LitHub | Privacy