The Line That Held Us 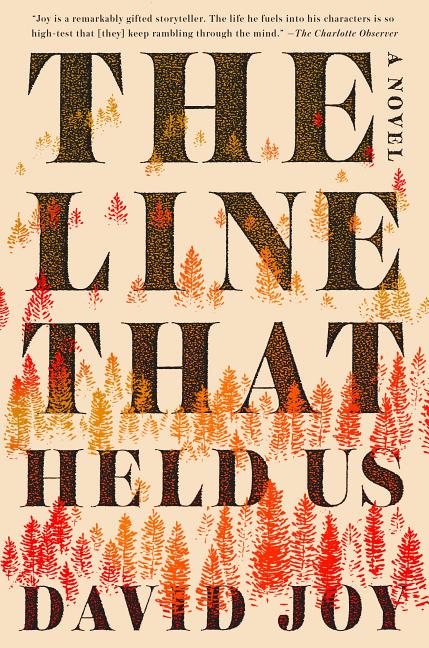 A novel about the cover-up of an accidental death in Appalachia and the dark consequences that reverberate through the lives of four people who will never be the same again.

What The Reviewers Say
Rave Steve Donoghue,
The Open Letters Review
In The Line That Held Us...the two men are decent, ordinary guys (and their friendship so truly realized it's applause-worthy), their crime is terrifying, ultimate, tragic—and their punishment is Biblical. The result is riveting. And the greatest success in the book is the creation of Dwayne Brewer. When we first meet him he's brutal and overbearing, but also playful and capable of accessing a kind of honest morality ... the loss of that other self [his brother] unbalances Dwayne in ways Joy never allows to become entirely predictable, or entirely loathsome. The Line That Held Us is an autopsy of what friendship really is—its assumptions, its limits, its obligations. But the dark current of revenge constantly pulling at the narrative is what many readers will recall the longest after they've put the book down.
Read Full Review >>
Rave G. Robert Frazier,
BookPage
The plot of David Joy’s third novel, The Line That Held Us, is simple ... The complexity of the novel comes in Joy’s evocative language, his unforgettable characters and how he weaves themes of family, friendship and justice throughout this darkly engrossing Southern crime noir ... Joy has been heralded for his ability to craft a powerful sense of place in his previous novels ... He does so again in The Line That Held Us, bringing the Appalachian region and lifestyle to life. But it is his unforgettable characters and their moral dilemmas that will stay with you in the end.
Read Full Review >>
Positive Adam Morgan,
The Los Angeles Times
Joy’s third novel, The Line That Held Us, may have a lower body count than his first two, but there’s still plenty of gore ... The things that capture Joy’s attention are often grounded in the physical world. He devotes nearly an entire page to the mechanics of fieldstripping a pistol, another half-page to the composition of a concrete block-laying crew, and is often preoccupied with what his characters are doing with their bodies. Lines like, 'Calvin walked back toward the couch with one hand down his sweatpants, the other holding his drink against the center of his chest,' are common, but don't always serve the story ... within Joy’s otherwise powerful, lyrical fiction, Appalachia’s real-life complexity and diversity aren’t often apparent ... Despite some shortcomings, The Line That Held Us is a suspenseful page-turner, complete with one of the absolutely killer endings that have become one of Joy’s signatures.
Read Full Review >>
See All Reviews >>
SIMILAR BOOKS
Fiction 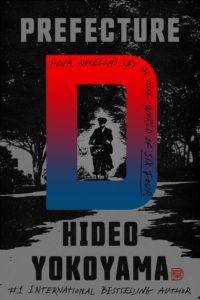 Prefecture D
Hideo Yokoyama
Positive
What did you think of The Line That Held Us?
© LitHub | Privacy