The Lights of Prague 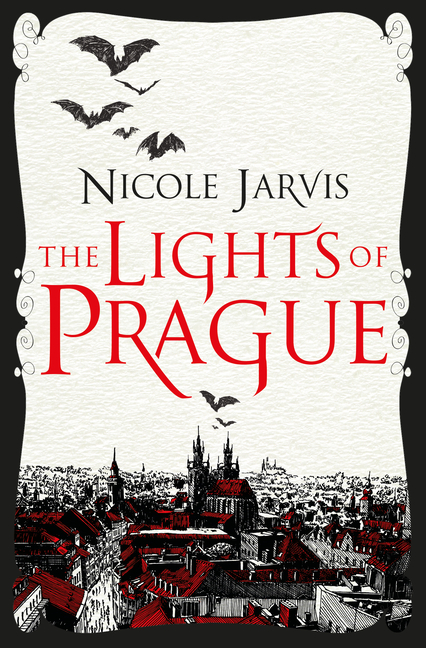 In the quiet streets of Prague all manner of mysterious creatures lurk in the shadows. Unbeknownst to its citizens, their only hope against the tide of predators are the dauntless lamplighters - secret elite of monster hunters whose light staves off the darkness each night. Domek Myska leads a life teeming with fraught encounters with the worst kind of evil: pijavice, bloodthirsty and soulless vampiric creatures. Despite this, Domek finds solace in his moments spent in the company of his friend, the clever and beautiful Lady Ora Fischerová - a widow with secrets of her own.

What The Reviewers Say
Positive Mya Alexice,
BookPage
Nicole Jarvis’ debut fantasy, The Lights of Prague, welcomes readers into an arresting and vivid historical fantasy world ... Jarvis’ careful and effective world building suggests an abundance of research and showcases her descriptive skill ... The story unfolds at a measured pace, submerging the reader into moments of reflective exposition or lush descriptions of Prague. The book clocks in at more than 400 pages, and some of these passages can drag. Readers hoping for a fast-moving adventure might be left a bit wanting, but those interested in a story that’s meditative will enjoy spending their time in the world Jarvis has built. The Lights of Prague is an impressive and mature feat from a debut novelist.
Read Full Review >>
Pan Liz Bourke,
Tor.com
... I found The Lights of Prague, Nicole Jarvis’s debut novel, rather disappointing. It committed a couple of what are to me deadly sins in a novel: it failed to make me care about its characters ... The Lights of Prague takes itself just a bit too seriously to have fun with it. Dark brooding people in a dark brooding city full of monsters? Meh. Especially when the brooding people are kind of tedious.
Read Full Review >>
Rave Publishers Weekly
Jarvis debuts with a refreshing historical fantasy about class and the hunger for power ... Jarvis’s Prague is steeped in history and shadows, mourning its recent fall from power and teetering on the edge of modernity, and her wearily well-intentioned characters feel like old friends. Domek and Ora are delightfully sensible, even as they are sucked into byzantine conspiracies. The action-packed plot sometimes requires them to make nonsensical decisions, but readers will be too entertained to mind. Fantasy fans will gobble up this moody, philosophical adventure.
Read Full Review >>
See All Reviews >>
SIMILAR BOOKS
Coming Soon

The World We Make
N. K. Jemisin
Positive
What did you think of The Lights of Prague?
© LitHub | Privacy