The Lie: A Memoir of Two Marriages, Catfishing & Coming Out 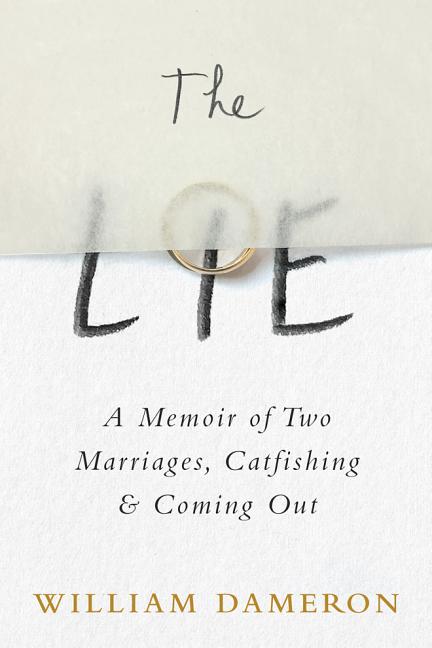 A blogger and essayist’s account of how he came out, after years of living in the closet, only to then discover that hackers had used a personal photo on dating websites to lure unsuspecting women into relationships.

What The Reviewers Say
Mixed Dustin Illingworth,
The New York Times
Dameron’s most compelling writing presses sharply on...brittle beds of shame. It grants particular moments a sinuous, transgressive quality felt most keenly in his Knausgaardian self-loathing and devouring obsession ... But outside of these darkly animated interludes, Dameron’s prose is hampered by stilted dialogue, left-field coarseness...and banal observations that strain toward philosophical heft ... It isn’t bad, per se, it’s simply never unexpected ... The Lie may well anticipate a rich vein of queer memoir, that of the gay family man whose secret truth risks toppling the domestic edifice. It tamps down the tall grass of untold experience, however clumsily, and makes visible a rough but traversable path.
Read Full Review >>
Rave D. Gilson,
Lambda Literary
It is in...far past segments where Dameron’s prose truly shines, with the awe of a child realizing himself, and the impossibility of that self ... The Lie combines several tropes that might otherwise be cliché for the gay memoirist. It is, after all, a coming out story after years of family shame, tinged with addiction. On the surface, nothing new. But this isn’t your typical coming out story. It’s coming out much later in life, with children, with families to blend and houses to divide ... And above all, as Augusten Burroughs notes, The Lie is 'at once brutal and beautiful… layers of secrets and decades of deception in startling, vivid prose.' It’s a poem of a book that refuses, thankfully, to resolve.
Read Full Review >>
Positive Clayton Delery,
The New York Journal of Books
It is a testament to Dameron’s many skills as a writer that these women emerge as complex and worthy of our interest—and empathy—even if they are not always likeable ... Some of the most interesting sections of The Lie concern the collective efforts to heal ... Dameron does an excellent job explaining how and why he was so late in becoming ready. Like his mother and his wife, he emerges as a figure who is not always likeable; we see him make too many poor choices, tell too many lies, displace responsibility too often. However, it is to his credit that he is ultimately able to be honest about his own failures, and that honesty goes a long way toward redeeming him. 'We are not the first generation of queer people to have found ourselves trapped in a straight marriage,' he writes, 'but please God, let us be the last.' Books like his will help that prayer be answered.
Read Full Review >>
See All Reviews >>
What did you think of The Lie: A Memoir of Two Marriages, Catfishing & Coming Out?
© LitHub | Privacy