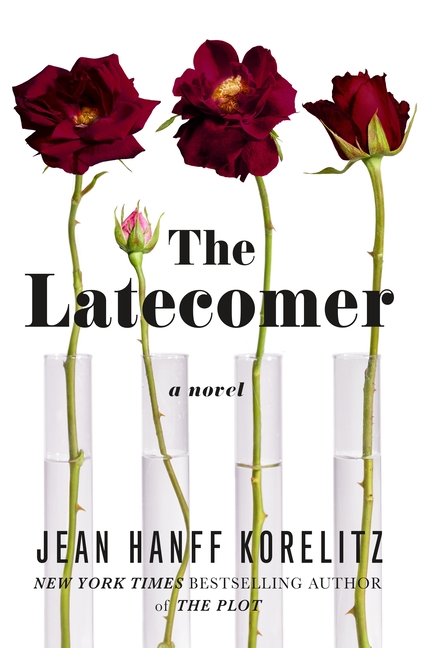 From the author of "The Plot" comes a layered literary novel about three siblings, desperate to escape one another, and the upending of their family by the late arrival of a fourth.

What The Reviewers Say
Rave Allegra Goodman,
The New York Times Book Review
... a sparkling novel that is in essence satirical and wise, in style old and new ... If this novel is funny, it is also cutting, a nearly forensic study of family conflict...Nimbly, Korelitz juggles the stories of each parent and child, weaving a tapestry of secrets, antipathies and private quests. This is a book with 19th-century scope, touching on politics, race, class, inheritance and real estate ... At times this book suffers from an embarrassment of riches. The plot is ingenious, the pacing brisk — but the reader longs to delve deeper ... As Joanna clings to the illusion of family unity, she begins to 'slide away,' and the reader loses her point of view as well. We see the consequences of her actions in the second half of the novel, but we can no longer access the mixture of pain and idealism motivating them ... As for the triplets, ;'n full flight from one another as far back as their ancestral petri dish' — their loathing becomes limiting. A more nuanced relationship would raise the stakes on the fateful night when the siblings turn on one another. In the event, their entrenched antipathy undercuts the drama of mutual betrayal ... In each case, the reader craves development and shading, but it’s testament to Korelitz’s achievement that her novel leaves us wanting more. Her tale is both compulsively readable and thought-provoking. Her writing is evocative, with rich descriptions of Outsider art, Shaker furniture, rabid parents at college night ... consistently surprising. Its protagonists reinvent themselves with astonishing ingenuity. Fair warning to readers seeking 'likable characters': The people here are fierce, and they fight dirty. The Oppenheimers dare you to love them — and even when you don’t, you cannot look away. The triplets are simply too original, too searching, too driven ... Korelitz shows how art reveals itself to viewers and how ownership illuminates character ... Korelitz combines moral inquiry with social satire. Like Wharton, she invites the reader to reflect, even as she paints a picture of privilege. A sumptuously wrapped gift, The Latecomer is a Gilded Age novel for the 21st century.
Read Full Review >>
Positive Nell Beram,
Shelf Awareness
Jean Hanff Korelitz's decision to follow her wickedly clever novel The Plot with The Latecomer is a little like a band following a brilliant pop song with a beautiful sound collage. Whereas The Plot is about a fictional story so compelling that it has life-altering consequences for the protagonist, The Latecomer is lacking in anything resembling a traditional plot with measurable stakes, and yet it has multitudes to recommend it just the same. By dint of her mastery of crafting a scene, Korelitz manages to convince readers that whether characters find their peace matters as much as whether a character is, say, found guilty of plagiarism ... can read like a collection of funny stories ... These episodes are silo-like: they elucidate character, setting up dazzling dialogue-rich scenes that touch on politics, religion, race, privilege and sexuality, but they don't recalibrate the novel's path. That's okay: the occasional telegraphing from Phoebe can feel like a clarifying gut punch to happily unsuspecting readers.
Read Full Review >>
Rave Ron Charles,
The Washington Post
... sharp ... like a latter-day Edith Wharton, Korelitz simultaneously mocks and embraces these upper-class combatants. Other readers will hear in this vivisection of a dysfunctional family a Franzenesque attention to the great forces pulsing through American culture. But Korelitz writes with such a light touch that one doesn’t feel strong-armed through a college seminar on, say, pharmaceuticals or bird conservation ... casts a witty eye on a wide spectrum of American life, but when Harrison, Lewyn and Sally become teenagers, Korelitz turns her satiric vision to the excesses of liberal education with particularly singeing effect ... Korelitz’s skill as the ringmaster of this vast collection of episodes feels particularly dazzling ... the resulting scandal shows how deftly Korelitz moves as a satirist, feinting in one direction and then delivering a knockout blow in the other ... There’s a jigsaw-puzzle thrill to Korelitz’s family epic — the way it feels like a thousand scrambled, randomly shaped events until you’ve got the edges in place, and then the picture begins to resolve with accelerating inevitability and surprise. Part farce, part revenge fantasy, the climactic scene at a triple birthday party at the Oppenheimers’ 'cottage' on Martha’s Vineyard is one of the most hilarious and horrible calamities I’ve ever found in a novel ... Korelitz is not so sentimental as to finally draw the Oppenheimer triplets together in a hug, but she knows how to adopt the old conventions of romantic comedy and domestic drama to her thoroughly modern ends. By the time we’re done with these siblings, their lives have been turned inside out, and all their stored-up junk and secret treasures have been sorted, culled and curated for this immensely enjoyable sojourn with a truly memorable family.
Read Full Review >>
See All Reviews >>
SIMILAR BOOKS
Fiction

The Angel of Rome: And Other Stories
Jess Walter
Positive
What did you think of The Latecomer?
© LitHub | Privacy