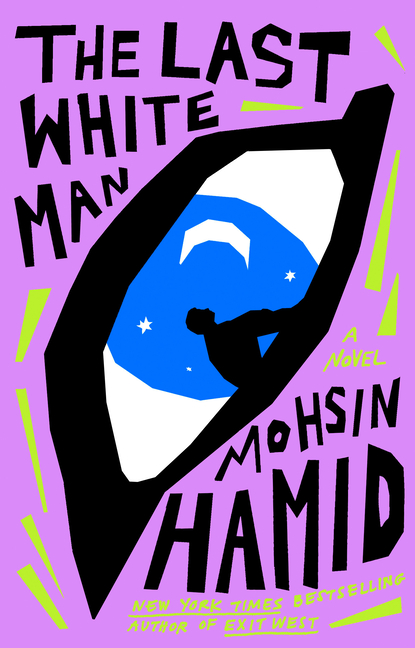 One morning, a man wakes up to find himself transformed. Overnight, Anders's skin has turned dark, and the reflection in the mirror seems a stranger to him. At first he shares his secret only with Oona, an old friend turned new lover. Soon, reports of similar events begin to surface. Across the land, people are awakening in new incarnations, uncertain how their neighbors, friends, and family will greet them. Some see the transformations as the long-dreaded overturning of the established order that must be resisted to a bitter end. In many, like Anders's father and Oona's mother, a sense of profound loss and unease wars with profound love. As the bond between Anders and Oona deepens, change takes on a different shading: a chance at a kind of rebirth—an opportunity to see ourselves, face to face, anew.

What The Reviewers Say
Rave Hamilton Cain,
Oprah
Provocative, mellifluous ... Hamid’s opening deliberately echoes the language of Kafka and Lewis, teeing up a spellbinding tale that peels back transformations both great and small ... Hamid’s technique is indelible, a buoyancy that belies the gravity of his themes. Most (not all) of his paragraphs are single beautiful sentences that purl and flow over punctuation scattered like pebbles, with repetitions and cadences that tow the reader forward, gently ... The Last White Man may lack the pixie dust of Exit West, but it’s another bracing achievement from a consummate master, its silken prose breathing fresh air into fusty debates about race and identity.
Read Full Review >>
Rave Ron Charles,
Washington Post
One feels the fierce sting of Hamid’s insight, his ability to articulate the cherished premises of White superiority ... The novel’s existential absurdity quickly gives way to a parable of what might be called racial mourning ... The Last White Man is a discomfiting little book, which I suspect resists what some readers would like it to be. It’s too sincere for dystopian satire, too earnest for cultural parody ... Even the book’s style reflects the agility of its racial reflection. Hamid’s extravagantly extended sentences feel driven by an indefatigable impulse to refine and qualify his thoughts as they surge across the page. To quote a passage from this novel is to do violence to its tightly laced phrases of reconsideration. In an age aflame with strident tweets, Hamid offers swelling remorse and expansive empathy ... The tone of The Last White Man echoes...complicated, shameful grief ... For a novel that explores the functions and presumptions of racism, The Last White Man is a peculiarly hopeful story. Its method may be fantastical speculation, but its faith eventually leads to the inevitability of social enlightenment.
Read Full Review >>
Rave Ru Freeman,
The Boston Globe
Hamid has a superior ability to weave the politics of race and class into singular, intimate spaces ... References to our racialized world are made with sure elegance: in a powerful moment of reckoning ... It is easy to fall into the trap of assuming that this book is entirely about race. Yet what grips the reader throughout are the relationships that shift and turn, each according to the capacity not to tolerate but to see another human being fully, and to meet them exactly where they are. In the face of our temporary passage through life, described as a bridge of frequently rotten planks upon which we walk, swinging high above a canyon, never knowing how near we are to stepping into nothingness, Hamid highlights that common denominator which obliterates the significance of our petty obsessions with difference. What is miraculous, truly miraculous, Hamid shows us, is that anyone permits love ... it is hard to imagine a more moving account of mental illness, and human fragility, than the one Hamid manages to thread through this book with passages that are breathtaking in their succinctness ... Hamid’s most brilliant achievement is how little he strays from the idea that simmers under the surface of simple language made complex by long Kincaidian sentence structures: we are defined by no more and no less than what we do to care for one another ... It is quite remarkable that, although we are left with the distinct impression that the world of the novel has changed for the better as people put away their weapons and sweep up the broken glass, we mourn deeply the passing of this last white man, a man whose whiteness hews to the idea of spiritual purity we have long ceased to associate with the color.
Read Full Review >>
See All Reviews >>
SIMILAR BOOKS
Fiction

The House of Fortune
Jessie Burton
Mixed
What did you think of The Last White Man?
© LitHub | Privacy