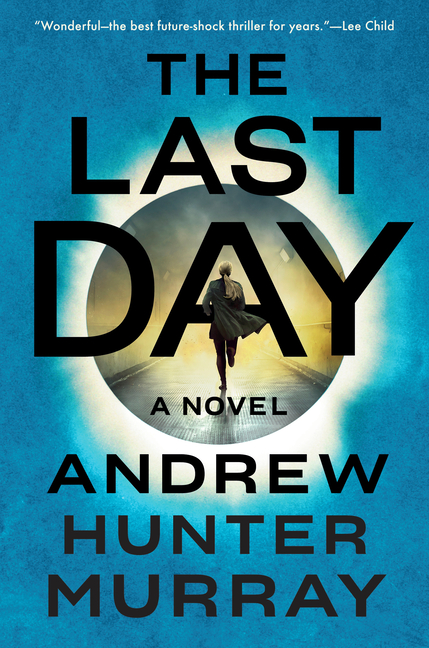 It is 2059, and the world has crashed. Forty years ago, a solar catastrophe began to slow the planet's rotation to a stop. Now, one half of the globe is permanently sunlit, the other half trapped in an endless night. Ellen Hopper is a scientist living on a frostbitten rig in the cold Atlantic. She wants nothing more to do with her country after its slide into violence and brutal authoritarianism. Yet when two government officials arrive, demanding she return to London to see her dying college mentor, she accepts—and begins to unravel a secret that threatens not only the nation's fragile balance, but the future of the whole human race.

What The Reviewers Say
Rave Paul De Filippo,
The Washington Post
Murray has so thoroughly thought through the ramifications of his conceit and conjured up such a dramatic plot and stellar cast of characters that he might have set a new standard for such tales ... Murray convincingly skims over dicey physics with the help of logic and bravado, not to mention the sociological changes he so persuasively envisions ... a tantalizing, suspenseful odyssey of frustration, deceit, treachery, torture, hope, despair and ingenious sleuthing ... Reminding us that the ills we focus on are sometimes the least likely to harm us, The Last Day joins an illustrious lineage of novels that shatters humanity’s security and complacency but proclaims that somehow the race will survive.
Read Full Review >>
Positive A.B Endacott,
The Nerd Daily
Suspension of disbelief is necessary for a lot of sci-fi books, and given Hunter Murray’s background, I’m sure his research was thorough. However, the science – especially given the fact that the central character, Ellen Hopper, is a scientist, could have been more explicitly defined ... The fundamental elements of the storyline are solid .... That being said, despite several of the promotional claims, The Last Day isn’t really a thriller. It’s slow paced, with the interspersed flashback chapters drip feeding information that probably could have been revealed in a more dramatic or climactic manner. Had there been no reference to it as a thriller, I probably would have enjoyed the pace more rather than waiting for it to pick up ... For a debut, this is a very solid piece of writing, with an interesting premise at its core. While there are a few issues with the pacing and execution, it’s an easy read with writing that at times is quite lovely. At the very least, this is a thought provoking read that encourages questions about who we are and what we are willing to do when the end of the world arrives, and we are offered a chance of survival.
Read Full Review >>
Rave Brian Bendall,
Criminal Element
Andrew Hunter Murray took an idea that sounds simple – the world stops turning – and spun it into a gripping novel about those with power and sunlight on their side keeping everyone else in the dark ... Hunter Murray does a superb job of creating the neglected London of the future, with hunger and hopelessness ravaging the population ...This post-apocalyptic series has plenty of daylight left to continue.
Read Full Review >>
See All Reviews >>
SIMILAR BOOKS
Fiction

The Hacienda
Isabel Cañas
Positive
What did you think of The Last Day?
© LitHub | Privacy