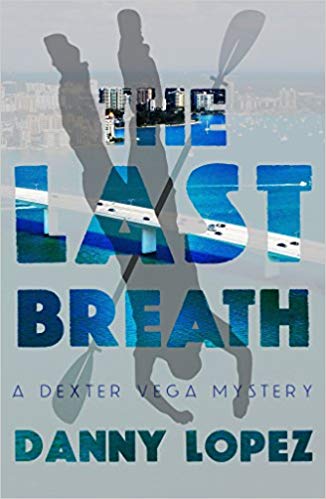 Unemployed newspaper reporter Dexter Vega is hired to investigate the drowning of Liam Fleming, the son of a wealthy real estate investor in Siesta Key.

What is this?
Positive
Based on 2 reviews

What The Reviewers Say
Positive Elena Hartwell,
New York Journal of Books
The Last Breath continues Danny Lopez’s Dexter Vega Mystery series with the follow up to his debut novel, The Last Girl. Bob Fleming hires out-of-work reporter Dexter Vega to look into the death of his son, Liam. Liam drowned while kayaking the calm waters of the Intracoastal Waterway. The circumstances of his death are suspicious, as he’s a young, athletic man, an excellent swimmer, and an experienced kayaker ... Lopez also leans toward simple prose ... While The Last Breath is the second in a series, it can be read as a standalone. Lopez includes enough information to link to the earlier novel, without making new readers feel left out ... Fans of a low-key, amateur sleuth mystery may want to give The Last Breath a try.
Read Full Review >>
Mixed Publishers Weekly
Set in Sarasota, Fla., Lopez’s so-so sequel to 2017’s The Last Girl finds self-pitying unemployed reporter Dexter Vega in desperate need of a job. At the suggestion of a newspaper editor acquaintance, Dexter gets in touch with Bob Fleming...who’s unhappy with the police investigation of the death of his 27-year-old son, Liam ... More through luck than skill, Dexter bumbles his way toward unraveling the mystery of Liam’s death. Smooth prose compensates only in part for a familiar plot.
Read Full Review >>
See All Reviews >>
SIMILAR BOOKS
Fiction

The Devil Takes You Home
Gabino Iglesias
Positive
What did you think of The Last Breath?
© LitHub | Privacy