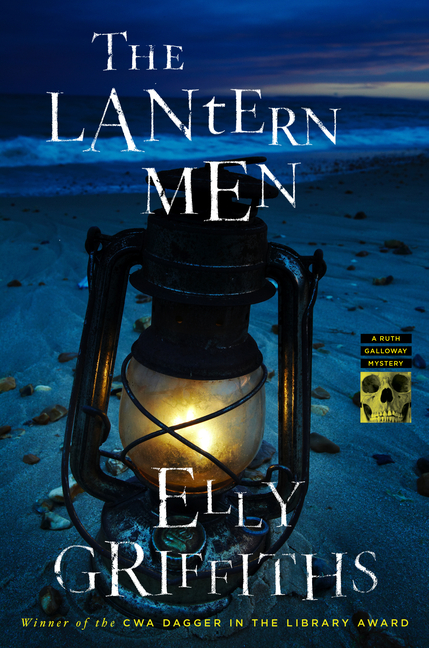 No longer North Norfolk police's resident forensic archaeologist, Ruth Galloway has changed her life, with a new job, home, and partner. But when a convicted killer tells her that four of his victims were never found, she is drawn back to the place she left behind.

What The Reviewers Say
Rave Beth Kanell,
New York Journal of Books
Griffiths is a master storyteller, with two vivid mystery series underway. This is the more rapidly paced of the two (the other is set a half century earlier), and the unavoidable strands of Ruth’s passion—her work, her child, her lovers—act as potent forces while March’s apparently ongoing crime spree nets them all ... Bringing the traditional British mystery up to date with this strong and driven sleuth—not a true amateur sleuth, but an active partner with the official investigation—is the best part of reading this ongoing series from Elly Griffiths. And it looks like there’s plenty of room for more.
Read Full Review >>
Rave Ray Palen,
Bookreporter
The Lantern Men is a true page-turner written by one of the best in the business ... This latest effort further solidifies her stellar reputation for writing intelligent, well-researched tales full of complex characters, which are often based on the legend and folklore of the local area.
Read Full Review >>
Rave Crime Fiction Lover
The Lantern Men is a beautifully written book, liberally endowed with sweet sentences that will make you smile at their cleverness and wit. As ever, the landscape is given a central role and as the temperature builds and then breaks we see Ruth’s beloved Norfolk in myriad hues. There’s also an ancient bit of folklore at play too—the lantern men of the title are mysterious figures rumoured to lure travellers to their deaths in the marshes. It gives this story an added frisson of unease ... We have a great mystery to solve, in some stunning scenery, accompanied by characters who have become friends. But there’s always a nagging doubt about Ruth and Nelson, and that plays a huge part too. Both appear perfectly happy with the way things have panned out, but as we crime lovers know, appearances can be mighty deceptive. I’m not sure I can wait another year for the next instalment of this compelling tale.
Read Full Review >>
See All Reviews >>
SIMILAR BOOKS
Coming Soon

On Java Road
Lawrence Osborne
Rave
What did you think of The Lantern Men?
© LitHub | Privacy