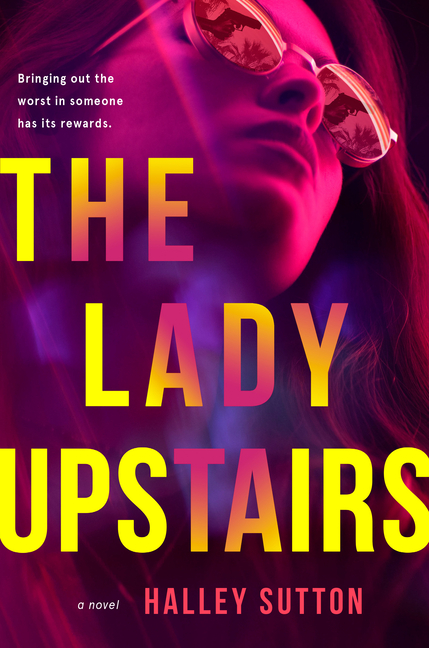 A modern-day noir featuring a twisty cat-and-mouse chase, this dark debut thriller tells the story of a woman who makes a living taking down terrible men...then finds herself in over her head and with blood on her hands.

What The Reviewers Say
Rave Savy Janssen,
Los Angeles Review of Books
Halley Sutton’s resident knowledge of SoCal shines through in her debut novel ... Sutton knows the city and captures its glitz and grime with a knowing wink ... Among references to the Santa Ana winds, gridlock traffic, and heat, Sutton captures a devilish side to the City of Angels. Reading The Lady Upstairs is like entering a new world where legality is thrown to the wind, where anyone is a target or a victim or both, and everyone has a dark side. Sutton turns up the heat until the very end, making for a sweltering, sexy read ... The Lady Upstairs...[will] entice fans with the classic surprising plot, quick pace, and a California flair, while also offering engaging female protagonists who are in charge and who aren’t afraid to go after what they want ... delicious ... you’ll want to burn through.
Read Full Review >>
Rave Maggie Reagan,
Booklist
Gritty and devious, this debut thriller burrows into the idea of the revenge fantasy, and plot twists come so quickly that readers will be left breathless. A vicious, noir-soaked look at one way women choose to seize power in this world.
Read Full Review >>
Positive Publishers Weekly
Though the plot stalls midway through and splutters to a predictable conclusion, Sutton’s stylish, edgy prose and strong female characters will delight fans of American noir. Hopefully, Jo will be back soon.
Read Full Review >>
See All Reviews >>
SIMILAR BOOKS
Fiction

Dirt Creek
Hayley Scrivenor
Rave
What did you think of The Lady Upstairs?
© LitHub | Privacy