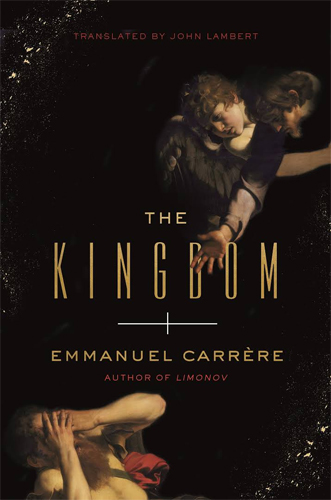 A sweeping fictional account of the early Christians, whose unlikely beliefs conquered the world, and an account of the author's own spiritual journal.

What The Reviewers Say
Rave Tim Whitmarsh,
The Guardian
This is a brilliant, shocking book ... The real scandal of this book is its relentless narcissism. Only someone with Carrère’s mountain-sized ego could reinvent the story of the early church as a parable for his own life (and, perhaps, vice versa). Luckily for the reader prepared to grapple with this complex, intellectual but compelling book, he is also witty, painfully self-critical and humane. The Kingdom is not without its problems, but it is a work of great literature ... Carrère knows full well that the authorial persona he has created has monstrous aspects to it, displaying a distinctively white-male-privileged combination of vanity, preciousness and pomposity. But there is a warm generosity to that voice too, a sincere desire to understand without judging ... a genre-bending book of great flair: a tribute, and indeed a monument, to the power of literary invention.
Read Full Review >>
Positive John Cromwell,
The Financial Times
...a gripping history of the Jesus story ... A celebration of religious imagination — Catholic, French, Judaic, Hellenic — The Kingdom has been a runaway bestseller in France. In Britain, it may succeed as a relief and an antidote. For two decades now, the New Atheism debate has dominated British religion lists, while the current spate of books on the Reformation published to coincide with its quincentenary seems to be prompting as much reflection on Brexit as on matters spiritual. All of this is a world away from Carrère’s take on the Christian experience as a drama of the individual soul.
Read Full Review >>
Mixed G.W. Bowersock,
The New York Review of Books
The book is long and sprawling. Reading it is rather like listening to a cultivated but supremely self-absorbed acquaintance who cannot stop talking about himself. The translator, John Lambert, catches this tone perfectly ... Carrère’s book is an anguished, if sometimes repetitive, attempt to understand why Christianity appealed to him in the first place ... The strictly autobiographical parts of The Kingdom, without reference to Carrère’s religious convictions or to Luke and Paul, are ultimately the least successful and rarely cohere with the work as a whole ... These oddly self-indulgent insertions, which have only autobiography to link them to anything that has preceded, perhaps serve to expand the already expanded genre of novelized autobiography, although in this case the narrative is overtaken by its lengthy and inconclusive ruminations on the early history of Christianity. The Kingdom is often interesting and engaging to read, because its author is never short of opinions or experiences that he is eager to impart...But his biographies of bizarre figures such as Romand or Limonov and his screenplays, for which he is indebted to Philip K. Dick, have made it difficult for him to write about someone like himself, who has neither a criminal record nor hallucinations. His spiritual journey to and from Christianity deserves better.
Read Full Review >>
See All Reviews >>
SIMILAR BOOKS
Fiction

The Ikessar Falcon
K. S. Villoso
Positive
What did you think of The Kingdom?
© LitHub | Privacy