The Kindness of Enemies 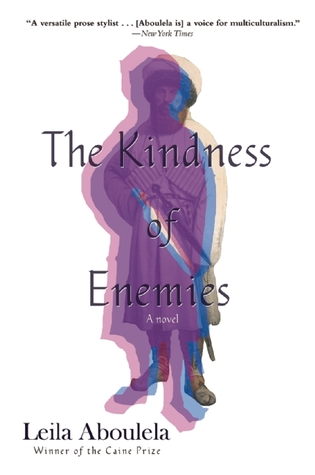 Both a period piece and an examination of what it is to be Muslim in a post-9/11 world. It’s 2010 and Natasha, a half Russian, half Sudanese professor of history, is researching the life of Imam Shamil, the 19th century Muslim leader who led the anti-Russian resistance in the Caucasian War. When shy, single Natasha discovers that her star student, Oz, is not only descended from the warrior but also possesses Shamil’s priceless sword, the Imam’s story comes vividly to life.

What The Reviewers Say
Positive Jacob Berman,
The Los Angeles Review of Books
I understand Aboulela’s desire to answer contemporary fear-mongering with a portrayal of a Muslim jihadist who is not an extremist or a fanatic, but the threat embodied by the fantasy of Shamil cuts in multiple fascinating ways that are often short-circuited by the novel’s insistence on his unequivocal virtue. The Kindness of Strangers reads as a well-crafted but quiet plea for the kind of humanism that once allowed enemies to respect one another.
Read Full Review >>
Positive Ron Charles,
The Washington Post
...a rich, multilayered story, a whole syllabus of compelling topics. As a novelist, Aboulela moves confidently between dramatizing urgent, contemporary issues and providing her audience with sufficient background to follow these discussions about the changing meaning of jihad, the history of Sufism and the racial politics of the war on terror.
Read Full Review >>
Mixed Erica Wagner,
The New York Times Book Review
This is an absorbing novel, especially in the sections set in the 19th century...The 21st-century tale carries less conviction; its political message can often seem forced.
Read Full Review >>
See All Reviews >>
SIMILAR BOOKS
Fiction

Better Luck Next Time
Julia Claiborne Johnson
Rave
What did you think of The Kindness of Enemies?
© LitHub | Privacy