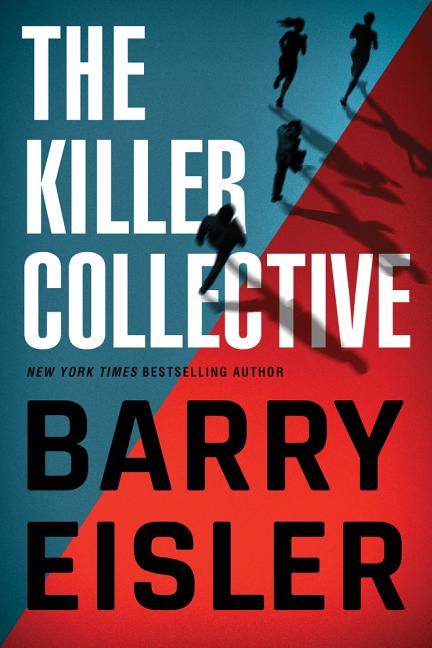 A fast-paced, page-turning novel of betrayal, vengeance, and depraved secrets in high places from the New York Times bestselling author of the John Rain and Livia Lone series.

What The Reviewers Say
Rave Beth Kanell,
New York Journal of Books
Master of suspense Barry Eisler links two of his series together in the hard-hitting and compulsive thriller "The Killer Collective" ... Page after page, explosion and killing and escape after another, this sharp-edged storyteller pulls off one of the great escapades of all time. And if, afterward, the notion seems unlikely, the collective too dangerous, the odds of success against it—that part won’t matter. The fun of Eisler’s super thriller is in the excitement, the chase, and the survival. The Killer Collective binds it together into a blazing adventure of espionage escape fiction, perfect to start the new year.
Read Full Review >>
Rave The Real Book Spy
Barry Eisler has long been one of the genre’s most underrated authors. Likewise, John Rain rarely gets the credit he deserves for being one of the most interesting and badass characters in print today ... Eisler puts his full set of skills on display in a deliciously satisfying way that actions fans will devour. By using a team of untrusted killers, Eisler adds to the suspense and tension throughout, while still finding ways for Livia Lone–who continues to have a strong presence–to shine as well. The end result is a smorgasbord of unique, compelling characters, and Eisler expertly juggles their personalities ... Without giving too much of the plot away, there’s certainly a timely element to it, and Eisler turns the heat up like never before to deliver a fun, fast-paced thriller that’s tailormade for fans of nonstop action.
Read Full Review >>
Rave Publishers Weekly
Crackling-good ... The feisty interplay among these killer elites is as irresistible as if one combined the Justice League with the Avengers, swapping out the superhero uniforms for cutting-edge weaponry and scintillating spycraft. By the satisfying conclusion, the world has been scrubbed a bit cleaner of perfidy. This is delightfully brutal fun.
Read Full Review >>
See All Reviews >>
SIMILAR BOOKS
Fiction

Dirt Creek
Hayley Scrivenor
Rave
What did you think of The Killer Collective?
© LitHub | Privacy