The Job of the Wasp 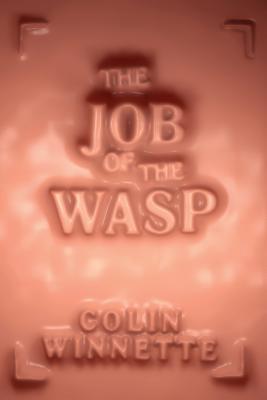 In this gothic coming-of-age tale, a new arrival at an isolated school for orphaned boys quickly comes to realize there is something wrong with his new home.
Rave
Based on 6 reviews

What The Reviewers Say
Rave Michael Valinsky,
The Los Angeles Review of Books
Oscillating between murder mystery, psychological thriller, and coming-of-age novel, The Job of the Wasp is a careful, yet playful, study of the power plays inevitable among children, and between children and adults, by way of an exploration of group dynamics and science fiction … Winnette effectively paints the picture of the preteen experience: an endless stream of attempts to fit into a group that innately wants to reject you and arbitrarily demean you. Interestingly, Winnette combines this trope with some critical theory … Winnette successfully blends reality with fiction and, in so doing, forces the readers to question not just the narrator’s authenticity but also the plot’s truth.
Read Full Review >>
Rave Michael Berry,
The San Francisco Chronicle
Colin Winnette’s short, sharp shock of a novel will convince readers that only the worst can happen among a gloomy collection of administrators, teachers and students … The narrator proves to be anything but reliable, and that’s the creepy fun of The Job of the Wasp — the gap between what the boy witnesses and what he understands … Despite its many influences, Winnette’s book, however, is its own unique, surreal thing, related in a distinctive voice, by turns funny and spooky, even if its ultimate meaning remains elusive.
Read Full Review >>
Rave Leah Schbelbach,
Tor
The Job of the Wasp stretches the limits of unreliability. Can you have an unreliable narrator, an unreliable setting, and dozens of unreliable supporting characters, any of whom could turn out to be a villain at any moment—or to be the victim to the villainous narrator? It turns out that you can! Or at least, Colin Winnette can, because this book works marvelously as a spooky horror before suddenly becoming a moving tale of alienation … Winnette’s writing is immaculate. From descriptions of corpses to the inner lives of wasps, I believed every word he gave me. And in our narrator, he’s created a singular voice: prissy, contemptuous, achingly lonely, and darkly funny.
Read Full Review >>
See All Reviews >>
SIMILAR BOOKS
Fiction

The Houseboat
Dane Bahr
Positive
What did you think of The Job of the Wasp?
© LitHub | Privacy