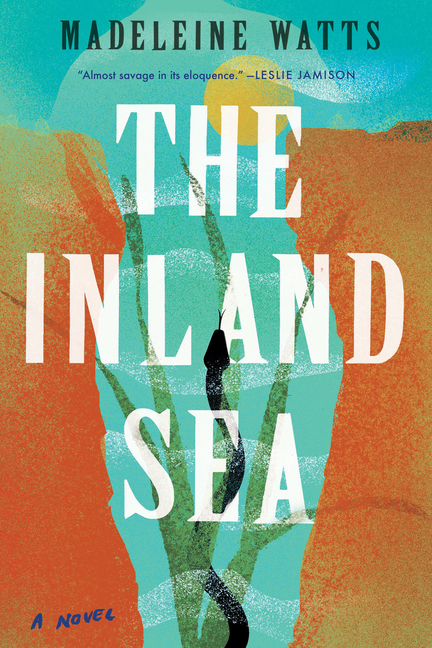 Drifting after her final year in college, a young writer begins working part-time as an emergency dispatch operator in Sydney. Over the course of an eight-hour shift, she is dropped into hundreds of crises, hearing only pieces of each. The work becomes monotonous: answer, transfer, repeat. And yet the stress of listening to far-off disasters seeps into her personal life. The Inland Sea interweaves a woman's self-destructive unraveling with the gradual worsening of the climate crisis.

What The Reviewers Say
Rave Lucy Scholes,
Financial Times (UK)
...resplendent and compelling ... Without them ever feeling forced, parallels emerge between the figure of the unruly woman — specifically one who is sexually permissive — and the unmanageable natural world ... Watts’s prose crackles with electricity in the same way that the world she’s writing about prickles with danger ... In magnificently entwining the narrator’s physical unravelling with that of the spiralling climate crisis, The Inland Sea feels both urgent and alive. It’s a lush, original Bildungsroman for a terrifying new world.
Read Full Review >>
Rave Sarah Gilmartin,
The Irish Times (IRE)
...the voice is self-aware, reflective, intelligent ... Watts joins the ranks of authors such as the late Jade Sharma, Jen Beagin and Ottessa Moshfegh – brave female writers who mine their own lives and the lives of their characters to create searing, insightful debuts – but she sets her novel apart by including a historical narrative of an early 19th-century British explorer ... Vivid mini-narratives from callers in trouble give great pace to the novel ... In The Inland Sea, she writes brilliantly on identity and the female body ... The Inland Sea is at heart an inquiry into hostile climates and our slim chances of survival.
Read Full Review >>
Positive Molly MacVeagh,
Los Angeles Review of Books
The Inland Sea joins recent efforts like Richard Powers’s The Overstory and Jenny Offill’s Weather ... The narrator’s personal analogies between land and self are often left implicit ... This gendered squeezing is an instance of that classic figurative illusion where inhabited lands become female, empty, inert ... This is a symbolic equation so well established that the feminist critique of the trope has become its own scholarly cliché. The moments of sexual violence in The Inland Sea, when taken together with the historical feminization of terra incognita and the narrator’s implicit parallels between personal and climatalogical disaster, sit in uncomfortable proximity to those old tropes ... One answer might be that The Inland Sea rehearses these tropes with a certain amount of ironic distance ... But the novel, as I mentioned earlier, resists neat generic containment. This means it also resists unitary readings. While the woman/nature trope as a kind of self-flagellating youthful hubris is operative here, mostly I think the comparisons are up to something earnest ... Watts’s novel is best read as a call to start seeing beyond finite empathy economies. It plays with the idea that understanding ecological and personal catastrophes through each other is something cringey and then challenges that cringe’s gendered stakes. The Inland Sea doesn’t assert the equivalence of climate catastrophe and the guy who doesn’t call, but allows them to exist in concert.
Read Full Review >>
See All Reviews >>
SIMILAR BOOKS
Fiction

Animal
Lisa Taddeo
Mixed
What did you think of The Inland Sea?
© LitHub | Privacy