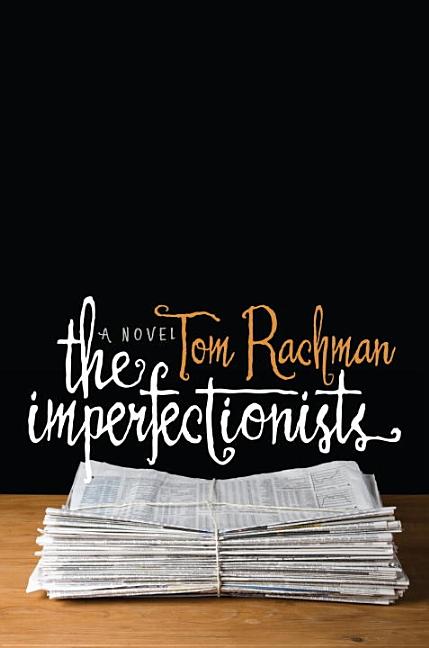 Set in Rome, Rachman's debut follows the topsy-turvy private lives of the reporters, editors, and executives of an international English-language newspaper as they struggle to keep it—and themselves—afloat.

What The Reviewers Say
Rave Christopher Buckley,
The New York Times Sunday Book Review
This first novel by Tom Rachman, a London-born journalist who has lived and worked all over the world, is so good I had to read it twice simply to figure out how he pulled it off. I still haven’t answered that question, nor do I know how someone so young — Rachman turns out to be 35, though he looks even younger in his author photo — could have acquired such a precocious grasp of human foibles. The novel is alternately hilarious and heart-wrenching, and it’s assembled like a Rubik’s Cube. I almost feel sorry for Rachman, because a debut of this order sets the bar so high.
Read Full Review >>
Rave Kevin Hong,
The Globe and Mail
...immensely readable ... Rachman leaves little doubt that he's writing what he knows well. His novel is sprinkled with hard-won observations ... If forced to find fault with The Imperfectionists, one might point out Rachman's occasional tendency toward cuteness, of bow-tying every loose end in gilded ribbon, of fighting too hard against imperfection ... That said, this book is filled with gorgeous writing, jolts of insight and narrative surprises that feel both unexpected and inevitable. One finishes reading The Imperfectionists with the sense that Rachman not only knows his way around a newsroom, but is also well acquainted with storytelling masters such as Anton Chekhov and William Trevor. Rachman makes a near-flawless debut.
Read Full Review >>
Positive DJ Taylor,
The Guardian (UK)
If Tom Rachman's first novel has a flagrant drawback, it's that his account of some of the tribulations facing the modern newspaper man (and woman) is unlikely to send any wide-eyed recruits scampering towards what on this evidence is a deeply neurotic profession ... To move his story forwards, Rachman offers 11 representative figures, whose personal lives are intimately connected to the paper's slow decline ... All this is played out with – in most cases – a fair degree of subtlety ... At the same time there are drawbacks to the short-story-collection-as-novel form, particularly one set around a newspaper, where the metaphorical tide can sometimes sweep in a little too violently for comfort ... Then there is the novel's faint yet persistent resemblance to Joshua Ferris's And So We Came to the End, much of whose obliquity and ground-down communal spirit it shares. But these are quibbles. Anyone who has ever spent time in newspaperland will recognise The Imperfectionists high degree of authenticity.
Read Full Review >>
See All Reviews >>
SIMILAR BOOKS
Fiction

Each of Us Killers
Jenny Bhatt
Rave
What did you think of The Imperfectionists?
© LitHub | Privacy