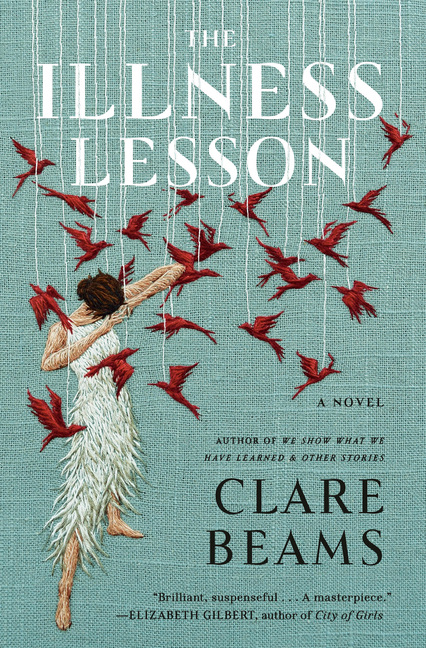 1871. In Ashwell, Massachusetts, at the farm of Samuel Hood and his daughter, Caroline, a mysterious flock of red birds descends. Samuel, whose fame as a philosopher has waned in recent years, takes the birds' appearance as an omen that the time is ripe for his newest venture. He will start a school for young women, guiding their intellectual development as he has so carefully guided his daughter's.

What The Reviewers Say
Rave Siobhan Jones,
The New York Times Book Review
Think City Upon a Hill ideals and The Scarlet Letter-style misogyny and you’ll have a pretty good idea of this sly debut novel, which scarily hints that, since the 19th century, perhaps not a whole lot has changed ... There’s plenty to mull over between the puzzling fowl, the classroom dynamics and our complicated protagonist’s eerie ability to better intuit how to police her young female charges than Samuel can. Best of all is Beams’s tone: ironic and arch when relaying the spirited optimism of Samuel’s precious experiments, urgent and sinister when depicting their nightmarish outcomes. Astoundingly original, this impressive debut belongs on the shelf with your Margaret Atwood and Octavia Butler collections.
Read Full Review >>
Rave Wendeline O. Wright,
Pittsburgh Post-Gazette
The Illness Lesson takes the theme of transformation to new heights by combining historical fact with deeply engaging character study. The result is haunting in its loveliness and empowering in its call for the liberation of women’s minds and bodies ... The Illness Lesson combines the feminine camaraderie found in Louisa May Alcott’s Little Women with the simmering anger of Charlotte Perkins Gilman’s proto-feminist short story 'The Yellow Wallpaper,' and the result is both savagely acute in its portrayal of misogyny and tenderly hopeful in its trajectory. Ms. Beams writes beautifully as well as passionately, which will leave readers moved—if not a little anxious to see what such a promising author does next.
Read Full Review >>
Rave Nicholas Delbanco,
New York Journal of Books
The Illness Lesson...is an astonishing book. Its opening paragraph establishes tone, and that tone is notable: a mix of closely observed physical gesture and spiritual abstraction ... The novel’s plot is slowly paced but with a gathering horror and in the Gothic mode ... There’s enough suspense and mystery engendered—What to make of those beautiful and vengeful birds?—so the plot-twist of the ending should be kept a surprise. Suffice it to say that Beams shows a kind of mastery in yoking the natural to the surreal and linking grief and fear to rage.
Read Full Review >>
See All Reviews >>
SIMILAR BOOKS
Fiction

Leonora in the Morning Light
Michaela Carter
Positive
What did you think of The Illness Lesson?
© LitHub | Privacy