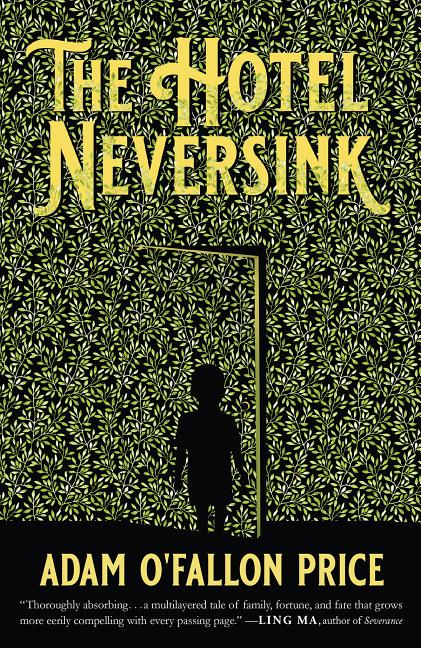 A generational saga that chronicles the legacy of the Sikorskys—Jewish émigrés from Eastern Europe—across the span of four generations as they grapple with the aftermath of a dark secret in the declining grandeur of the family’s Catskills hotel.
Positive
Based on 6 reviews

What The Reviewers Say
Positive Becca Kantor,
Jewish Book Council
Goth­ic lit­er­a­ture — with its depic­tions of doomed aris­to­crats and cen­turies-old fam­i­ly estates — is pre­dom­i­nant­ly non-Jew­ish. In The Hotel Nev­ersink...Adam O’Fallon Price upends the tropes of the genre by plac­ing them in an intrin­si­cal­ly Jew­ish set­ting: the Catskills ... As in tra­di­tion­al Goth­ic lit­er­a­ture, the threat of the uncan­ny lingers through­out the nov­el. But O’Fallon Price also mas­ter­ful­ly evokes his­tor­i­cal detail, and this blend of sen­sa­tion­al­ism and real­ism allows him to ques­tion the class and gen­der assump­tions that under­pin Goth­ic fic­tion — as well as Jews’ place in lit­er­ary gen­res usu­al­ly closed off to them.
Read Full Review >>
Positive Michelle Anne Schlingre,
Foreword Reviews
The Hotel Neversink is a historical microcosm, a family saga, and literary mystery—all elements that work together to engrossing effect ... In its focus on the personalities that keep the hotel going, Price’s novel is riveting and sensitive. Their foibles and fears, dramas and dreams propel the book’s pages. Though their Judaism sometimes feels filtered, it dictates their persistence, and it’s no minor feat that third-generation Len remains devout in an area that isn’t a flourishing Jewish center—at least, not in the hotel’s lean years. As much about a place as it is about a people, The Hotel Neversink is worth checking into—so long as you lock your door tight.
Read Full Review >>
Positive Malcolm Forbes,
Star Tribune
...a [roomy] and...ambitious affair, packing in a large cast, encompassing 100 years of family history and juggling a variety of narrative styles, genres and registers. Price takes big risks that allow him to perform dizzying feats ... Despite a grisly discovery and the odd spooky presentiment, The Hotel Neversink is not as creepy as it should be. But what it lacks in chills it more than makes up for in gripping family drama and masterful storytelling.
Read Full Review >>
See All Reviews >>
What did you think of The Hotel Neversink?
© LitHub | Privacy