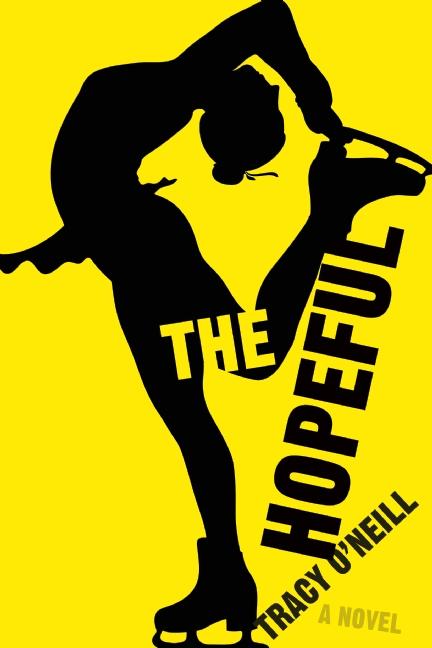 A figure skating prodigy, sixteen-year old Alivopro Doyle is one of a few "hopefuls" racing against nature's clock to try and jump and spin their way into the Olympics. But when a disastrous fall fractures two vertebrae, leaving Ali addicted to painkillers and ultimately institutionalized, it's not just her dreams of glory that get torn asunder, but the very fabric that holds her fragile family together.

What The Reviewers Say
Positive Kirkus
As the narrative weaves through sessions with her psychiatrist and a recounting of her training as a figure skater, what emerges is not a predictable story of loss and hope but a complex family drama ... The entry into this novel can be difficult. The chronology is often unclear; many chapters are almost exclusively unmarked dialogue between Ali and her therapist; and sometimes the reader is not given enough context to fully understand a scene. But the book soars in its descriptions of figure skating, capturing its strange and brutal beauty and achieving a beauty of its own in the process ... Edgy and serious enough to not feel like a guilty pleasure.
Read Full Review >>
Positive Publishers Weekly
...a universal story about aspiration and imperfection ... The novel’s framework is a series of psychotherapy sessions that serve as jumping-off points for Ali’s flashbacks to her skating career and post-accident crises; the conceit is a little shopworn, but O’Neill nevertheless offers a new spin on the sports novel, rarely relying on easy metaphors and instead using Ali’s thwarted ambition to explore other ideas of heredity, ambition, maturity, failure, and, yes, hope.
Read Full Review >>
Mixed LAVINIA LUDLOW,
The Rumpus
Ali’s narration is a cross between Susanna Kaysen and Holden Caulfield—beautiful, observant, and articulate, but we are suspicious of the unreliable nature. Discussions with her shrink lack quotations. Additionally, the fragmented leap in and out of present and past tense, the non-linear disjointed narratives make for one disorienting read, and we are left questioning the accuracy in Ali’s interpretation and translation of the facts. Most often, this works in the story’s favor ... Throughout the novel, I felt an inexplicable desire for more from the secondary characters. Each seemed to lack substance and depth, although, this may be a literary technique O’Neill used to further illustrate Ali’s narrative bias ... The un-quotation-ed dialogue between Ali and her doctor also waned at times, and throughout much of it, I questioned the believability of Ali’s stiff and pseudo-intellectual responses.
Read Full Review >>
See All Reviews >>
SIMILAR BOOKS
Fiction

Fake Accounts
Lauren Oyler
Positive
What did you think of The Hopeful?
© LitHub | Privacy