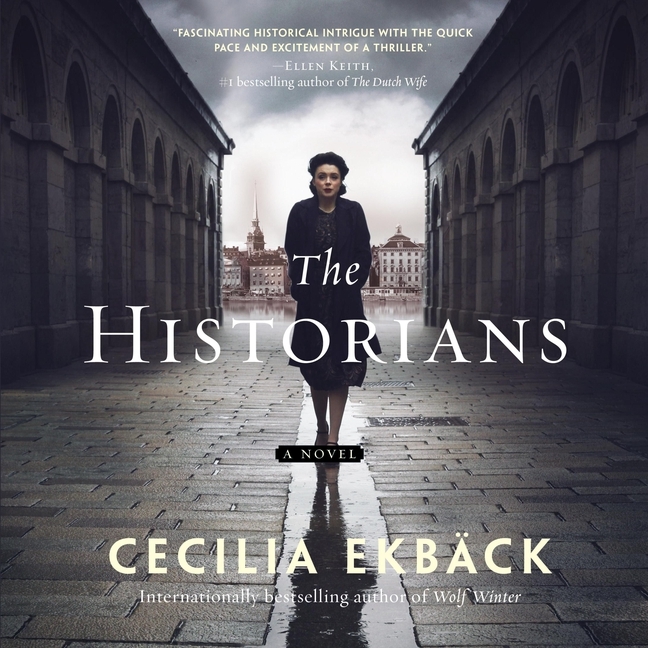 Before the war they were the best of friends. Five brilliant young historians debated origins, ideas and the place of history in modern times under the guidance of the charismatic Professor Lindahl. When war broke out the five disbanded, ending up on different sides. Now one of them has been found tortured and killed . .

What The Reviewers Say
Positive Clare McHugh,
The Washington Post
... the action takes place in neutral Sweden and touches upon little-known aspects of Swedish history – including an obsession with racial purity, and discrimination against the non-Nordic, indigenous Sami population of the country’s northern reaches ... The story is told from multiple perspectives, and gradually zeros in on a conspiracy that explains all the events. The reader must endure a slow start as various plotlines are established, but the pace quickens at the halfway mark. Ekback excels at presenting red herrings, and the plot zigzags in intriguing ways. The novel also examines the pervasiveness of racial stereotyping and the shifting allegiances in wartime Sweden, where plenty of people sympathized with Adolf Hitler’s Germany ... Though the overly speculative nature of the story is a weakness, its construction and dramatic denouncement are quite satisfying, and this what-if story illuminates a little-explored corner of wartime Europe.
Read Full Review >>
Positive Bethany Latham,
Booklist
The book industry is flooding us with WWII fiction, but Ekbäck’s setting and focus are unique, on Scandinavian countries’ individual positions and as a bloc exploring their own eugenics theories while caught between an increasingly abhorrent Germany and fears of a brutal annexation by Russia ... Ekbäck fully utilizes the fictional Blackåsen as a mysterious and sinister setting. Plot twists may not be entirely unforeseen, but Ekbäck’s suspenseful prose will give fans of spy thrillers and Nordic noir a tale to sink their teeth into.
Read Full Review >>
Positive Publishers Weekly
Ekbäck sets out multiple red herrings and intricate plotlines, which create tension and lead to a satisfying conclusion. This riveting novel will keep readers turning the pages.
Read Full Review >>
See All Reviews >>
SIMILAR BOOKS
Fiction

Atomic Anna
Rachel Barenbaum
Rave
What did you think of The Historians?
© LitHub | Privacy