The Hemingses of Monticello: An American Family 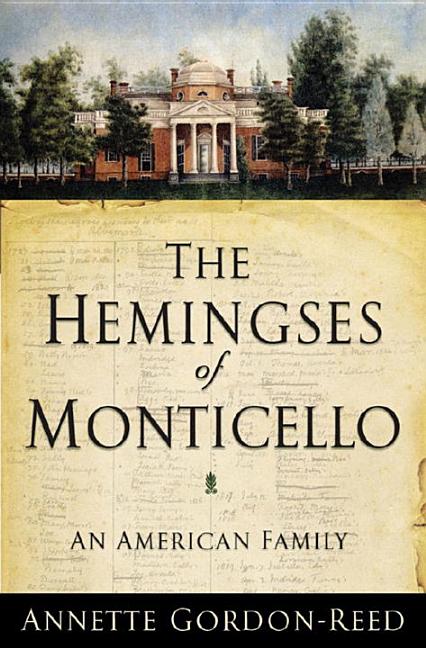 This winner of the National Book Award and Pulitzer Prize narrates the history of the Hemingses, an American slave family, and their close blood ties to U.S. President Thomas Jefferson.

What The Reviewers Say
Rave Edmund S. Morgan and Marie Morgan,
The New York Review of Books
The Hemingses of Monticello is a brilliant book. It marks the author as one of the most astute, insightful, and forthright historians of this generation. Not least of Annette Gordon-Reed’s achievements is her ability to bring fresh perspectives to the life of a man whose personality and character have been scrutinized, explained, and justified by a host of historians and biographers ... While praising her grasp of the sources, her legal acuity, her erudition, and the stylishness of her narrative, it remains to be said that her great achievement lies in telling this story. Because it is one of the stories that really matter.
Read Full Review >>
Rave Ron Wynn,
Book Page
A behemoth of a book that offers more information about the relationship than anyone might have envisioned, it represents seven years of research and spells out links, connections, bloodlines and familial ties so completely that it shreds any questions of authenticity ... Gordon-Reed's book unravels some of the intricate, often confusing details about exact links and specific relationships ... Gordon-Reed is just as meticulous in tracking the connections between brother and sister, parent and child, aunt and uncle, sometimes spending so much time ensuring genetic accuracy that her narrative can become a bit daunting, though still fascinating. She also describes events at Monticello and elsewhere, providing intriguing detail ... Gordon-Reed understands that she's in delicate emotional territory here, since some readers will resist any attempt to humanize or explain the Jefferson-Hemings situation as anything other than rank exploitation. As she demonstrates, it was much more complicated than that, even with the ugly and dehumanizing reality of slavery always at the core of things. The Hemingses of Monticello explores a thorny but important chapter in American history with distinction and clarity, offering a poignant, if also often ugly, chronicle of slavery, secrecy and family tension.
Read Full Review >>
Mixed Eric Foner,
The New York Times Book Review
Engrossing and suggestive, it is also repetitive (we are frequently reminded that the law does not necessarily reflect social reality) and filled with unnecessary pronouncements about human nature ... Readers will find it absorbing, but many will wish it had been a shorter, more focused book ... The most fascinating parts of Gordon-Reed’s book deal not with Sally Hemings herself but with other all but unknown members of her extended family ... Gordon-Reed sensitively traces the career of this restless, solitary man [Sally Hemings's brother James] ... Unfortunately, when it comes to the core of the book, the ­relationship between Jefferson and Sally Hemings, she is less circumspect ... Madison Hemings’s use of the words 'concubine' and 'treaty' hardly suggests a romance. But Gordon-Reed is determined to prove that theirs was a consensual relationship based on love ... She sets up a series of straw men and proceeds to demolish them—those who believe that in the context of slavery, love between black and white people was impossible ... Gordon-Reed even suggests that 'opponents of racism' who emphasize the prevalence of rape in the Old South occupy 'common ground' with racists ... This, quite simply, is outrageous.
Read Full Review >>
See All Reviews >>
What did you think of The Hemingses of Monticello: An American Family?
© LitHub | Privacy