The Great Mrs. Elias: A Novel Based on a True Story 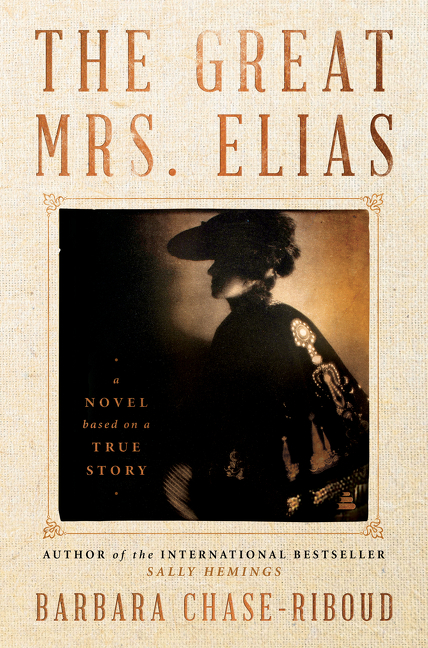 A murder and a case of mistaken identity brings the police to Hannah Elias' glitzy, five-story, twenty-room mansion on Central Park West. This is the beginning of an odyssey that moves back and forth in time and reveals the dangerous secrets of a mysterious woman, the fortune she built, and her precipitous fall.

What The Reviewers Say
Rave Lesley Williams,
Booklist
Chase-Riboud elevates this tale with a sobering look at Black female exploitation at the turn of the nineteenth century ... Peppered with such historical figures as Lillian Russell, Granville Woods, and J. P. Morgan, and enlivened with a showstopping courtroom debacle, Chase-Riboud’s biographical novel is a randy, rollicking tour of Gilded Age excess, racism, and misogyny.
Read Full Review >>
Mixed Publishers Weekly
[A] revelatory if uneven saga ... The narrative is too long and too baggy, but Platt’s betrayal and the question of how the whole story fits together will keep readers holding on through the doldrums. It also offers a different perspective on a story recently covered in Jonathan Lee’s otherwise more accomplished The Great Mistake. Despite the work’s flaws, the author deserves credit for her vivid character portrait.
Read Full Review >>
Mixed Kirkus
A compelling story, based on what Chase-Riboud says in the acknowledgements is a long-lost trove of documents about Elias. But the novel, especially in its first half, slows the story down with prose that is often clunky and overladen with details, dialogue that sounds more like lecture than conversation, and much repetition. The last part of the book does build momentum, if the reader gets there ... A novel about a real-life madam-turned–real estate magnate stumbles on style.
Read Full Review >>
See All Reviews >>
SIMILAR BOOKS
Fiction

Theatre of Marvels
Lianne Dillsworth
Positive
What did you think of The Great Mrs. Elias: A Novel Based on a True Story?
© LitHub | Privacy