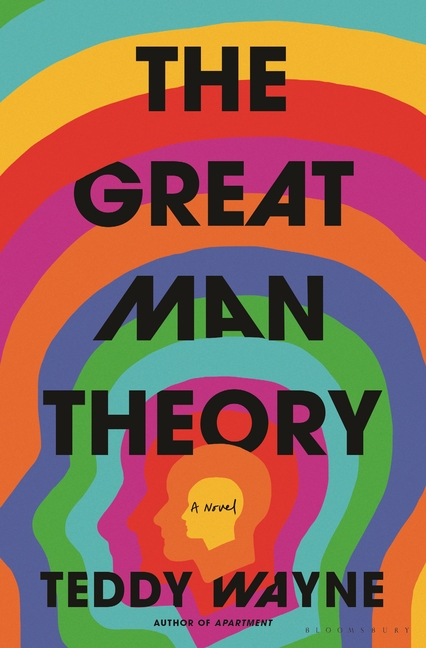 Paul is a recently demoted adjunct instructor of freshman comp, a divorced but doting Brooklyn father, and a self-described "curmudgeonly crank", he is outraged by the authoritarian creeps ruining the country and determined to better the future for his young daughter, one aggrieved lecture at a time. As one indignity follows the next, and Paul's disaffection with his circumstances and society mounts, he concocts a dramatic plan to right the world's wrongs and give himself a more significant place in it.

What The Reviewers Say
Positive MARK ATHITAKIS,
Los Angeles Times
Great Man is often a sharp, funny novel, its punchline being Paul, the middle-aged mediocrity ... But Wayne doesn’t want us to mock him too much ... Wayne thrusts Paul into a complex and fairly preposterous plot ... Wayne is an inheritor...of Vonnegut’s style — winkingly funny, brisk, broadly satirical ... He has Paul behave so absurdly over-the-top that the nuanced satire of the early pages becomes more farcical toward the climax. And for a novel featuring a hero nobly fighting a war against cliché, some well-worn tropes slip through ... Wayne wants to get well-intentioned bookish types — people who read novels — to look in the mirror. For them, elevated, cogent truth just might work.
Read Full Review >>
Pan Hamilton Cain,
Washington Post
Bland, static ... The Great Man Theory is a fraught project from the get-go: a middle-aged White male writer telling the tale of a middle-aged White male writer. To his credit the author bores into his character with gusto ... He embodies the flaws and ennui of his demographic, but Wayne doesn’t know what to do with him ... The Great Man Theory, then, is a character study. Wayne is at his best when he dials down the temperature, plumbing the nuances of the parent-child connection ... But these moments trickle away like sand through fingers. The problem is that Wayne can’t (or refuses to) shift his protagonist out of neutral: Paul’s stuck in a rut of self-regard, grinding his gears ... Wayne writes the occasional arresting phrase, but for the most part the novel wobbles forward on clunky, adverb-heavy sentences. The plot grows increasingly ornate, weighed down by Paul’s obsession with fame. We await a payoff that never lands.
Read Full Review >>
Mixed Brandon Taylor,
New York Times Book Review
Paul, the protagonist of Teddy Wayne’s new novel, The Great Man Theory, is an aggrieved Everyman who finds contemporary life unsatisfying ... I loved him immediately. Cranky characters often make for interesting novels, after all ... Paul experiences a series of semi-comic but escalating mishaps that get much less funny as the novel goes on ... Wayne handles the dissolution of Paul’s life with a wry irony ... Wayne turns the smug woundedness of the contemporary liberal into an amusing social comedy ... In the case of The Great Man Theory, the final turn to melodrama merely feels contrived and false. It renders the novel less smart, less engaging, less human. Wayne had the option to write a real novel about frustrated contemporary masculinity and the ways that white liberal men are also being corrupted by the internet and their lingering sense of entitlement. Instead, what readers will find at the conclusion of The Great Man Theory is that its author has been laughing at them and his characters the entire time. An enraging end to an almost great but ultimately crude novel.
Read Full Review >>
See All Reviews >>
SIMILAR BOOKS
Fiction

The House of Fortune
Jessie Burton
Mixed
What did you think of The Great Man Theory?
© LitHub | Privacy