The Grandmaster: Magnus Carlsen and the Match That Made Chess Great Again 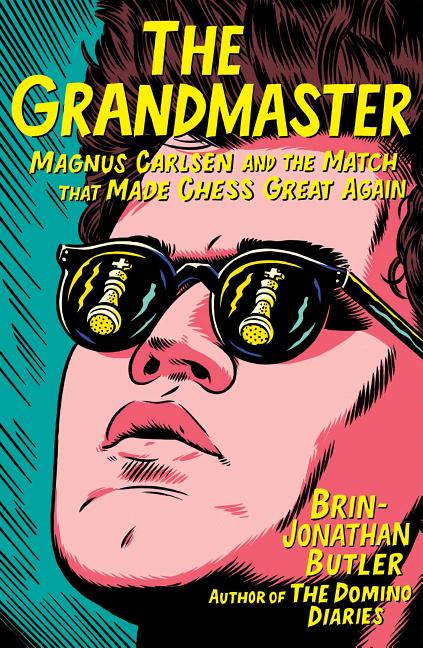 A firsthand account of the dramatic 2016 World Chess Championship between Norway's Magnus Carlsen and Russia's Sergey Karjakin, which mirrored the world's geopolitical unrest and rekindled a global fascination with the sport.

What The Reviewers Say
Rave Ajay Orona,
Los Angeles Review of Books
... spellbinding ... Butler’s quest to catch the eccentric Carlsen at the 'height of his greatness,' leads him to a world that is at once as frightening as it is beautiful, and by far transcends the legacy of any individual chess player ... The anecdotes are intriguing mostly because they create a sense of foreshadowing — leaving you to ask what they could reveal about Magnus Carlsen. Butler takes his time to answer this question, which, truly, is his greatest strategy in The Grandmaster. He teases the reader just enough to stir the imagination and then backs off, like a boxer feigning and jabbing ... The writing in The Grandmaster is most inventive when the language drifts from Butler’s comfort zone, prodding him to reach for descriptors from nature to narrate the action ... The minor flaw of the novel is Butler’s attempt to make Magnus Carlsen a star. While not a knock to the writer nor Carlsen, the young champion simply does not cast a spell like Bobby Fischer, and he certainly does not possess the charisma of Muhammad Ali (besides Billy Crystal, who does?) ... Reading Butler’s work as a chess player is something akin to an alcoholic watching someone fiddle with the citrus rind in their Old Fashioned and hearing the ice clink against the rocks glass. It’s dangerous, and impossible. Chess games will ensue ... What Butler has delivered is something much more intoxicating than a sports novel and immediately transcends the genre. It is sports writing at its finest.
Read Full Review >>
Pan Jonathan Eig,
The New York Times Book Review
Chess can make for compelling literature, especially in fiction... because the game offers a battle between two minds, two personalities, two worldviews. But a game itself is only compelling to readers if we are made to understand and care about the players, seeing their moves as reflections of their characters... Herein lies the trouble for The Grandmaster. Since chess is not a sport by the standard definition, Carlsen and Karjakin do not turn their natures into motor mechanisms, thus depriving the reader of visible action. That, in turn, forces Butler to press too hard in describing the moves on the chessboard ... Neither Carlsen nor Karjakin would talk to [Butler]. They appeared briefly at news conferences but expressed little emotion. They never even complained about the terrible Staples chairs ... To compensate, it seems, Butler takes the reader on journeys away from the tournament... But even the best of these vignettes serve to remind that Carlsen and Karjakin failed to carry their load ... by remaining so deep in thought, Carlsen and Karjakin shut out their fans, shut out the author and shut out the reader. At the tournament’s end, one man emerges triumphant, or at least relieved, the other dejected. The rest of us watch through one-way glass, unmoved.
Positive Dennis J. McGrath,
Minneapolis Star Tribune
If you can forgive the author and publisher for a misleading subtitle, you might actually enjoy The Grandmaster: Magnus Carlsen and the Match That Made Chess Great Again ... [Butler is] a lively writer, and by profiling these characters he delivers an entertaining romp through the U.S. chess world ... As for the book’s title, it never really fulfills its promise. You’ll learn precious little about Magnus Carlsen or how he became so great. And it’s simply not true that the 2016 match 'made chess great again.'
Read Full Review >>
See All Reviews >>
What did you think of The Grandmaster: Magnus Carlsen and the Match That Made Chess Great Again?
© LitHub | Privacy