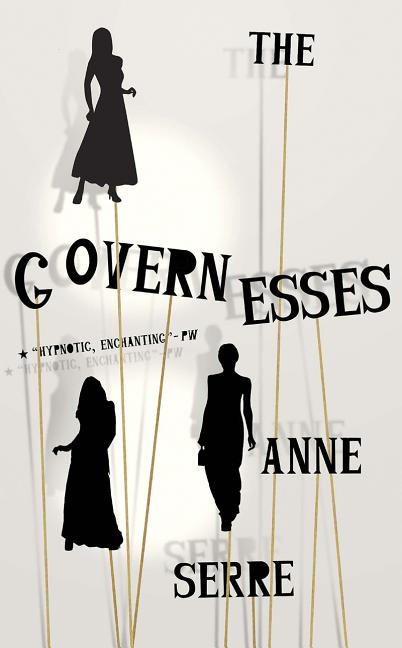 In this U.S. debut of a major French writer, three young governesses taunt their employers and literally devour neighborhood men who are drawn by their nubile energies.
Positive
Based on 7 reviews

What The Reviewers Say
Rave Parul Sehgal,
The New York Times
[The Governesses is] a rawboned little story — a novella, really — prim and racy, seriously weird and seriously excellent; a John Waters sex farce told with the tact and formality of a classic French fairy tale ... There’s an energy here that recalls The Virgin Suicides — a story building around surveilled women. Mark Hutchinson’s splendid and sensitive translation sets the mood; he has a talent for the off-kilter adjective that first startles us and later explains so much ... The Governesses is not a treatise but an aria, and one delivered with perfect pitch: a minor work, defiantly so, but the product of a significant talent.
Read Full Review >>
Positive Tara Cheesman,
Vol. 1 Brooklyn
Anne Serre has written a self-contained novella in which she plays a delightful docente—a friendly narrator pointing out small treasures for us to marvel at. Her voice is playful, gossipy, and indulgent. She is both charming and charmed. But her story lacks a traditional structure which, predictably, hurts the overall pacing of the story. This is a very short book with very little plot. So voice, and every word choice which contributes to it, matters ... The Governesses seems to invite all the obvious—too obvious—comparisons to The Virgin Suicides ... But, in truth, there is no similarity. Instead, Serre’s tale has more in common with Vanity Fair ... whether there’s a method or a moral to Anne Serre’s tale, who can say? The allegorical fable by its nature lends itself to visually striking imagery like no other literary form. This is exactly what Serre places before her readers—a visual feast, a cabinet of curiosities, a long gallery filled with self-contained dioramas for us to stroll past and admire. Serre tells a tale meant to bewitch and delight her audience for a finite duration ... She succeeds brilliantly on every count, demonstrating both exceptional clarity of tone and agility of invention.
Read Full Review >>
Positive Lauren Friedlander,
Full Stop
Serre’s language is tight and fabulist, a slim and sensuous fairy tale that reads like something born from an orgy between Charles Perrault, Shirley Jackson, and Angela Carter (hubba hubba). For the most part, the narrative voice of the novel views the governesses with bemused detachment, just like the elderly gentleman across the street who spies on them regularly through a telescope. The narrative is similarly telescopic, often projecting one perceived emotion onto all three of them, particularly their libidinous desires, with puerile pluralism ... The governesses of The Governesses are a tragedy, as they never escape the confines of their archetype, their one-ness, their cipher-dom ... They are not just robbed of agency; any glimmer of agency is categorically, mercilessly nixed.
Read Full Review >>
See All Reviews >>
What did you think of The Governesses?
© LitHub | Privacy