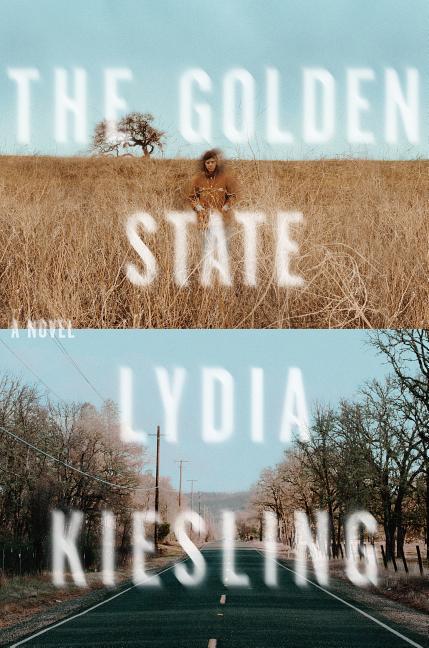 A raw debut novel about a young woman braving the ups and downs of motherhood in a fractured America. When her Turkish husband is denied reentry into the United States, Daphne takes her infant daughter and heads to California's high desert.

What The Reviewers Say
Rave Sarah Blackwood,
The New Yorker
The Golden State anchors Daphne’s journey in the visceral and material realities of motherhood. She’s on her own with Honey, rendered so realistically by Kiesling that her 'puppy smell' almost wafts off the page ... The novel features multiple hilarious and gruelling scenes of Daphne’s attempts to eat in small-town restaurants with her sixteen-month-old, which result, time and again, in stained shirts, squawking disruption, and complicated diaper changes on dirty bathroom floors ... Kiesling repudiates the classic American literary idea of the West as untrammelled wilderness or open space available for the taking, and Daphne’s relative ease of movement in the present is set against her husband’s restricted mobility across international lines. The novel beautifully depicts the golden light of California, the smell of the fescue grasses, the thinness of the air, and the way that Daphne and Honey often feel overwhelmed by the scale of the spaces they find themselves in ... The novel is not treacly about motherhood, love, or domesticity. Daphne often finds herself at the edge of some very wild territories, as when wrangling the tantruming Honey ... Many novels have decided that it would be easier to just turn away from this kind of wildness, instead of running full tilt toward it.
Read Full Review >>
Rave Adelle Waldman,
Bookforum
The first few pages of Lydia Kiesling’s new novel, The Golden State, are not very good, are in fact very nearly bad ... Soon after, the real voice of the book—dry, observant, self-aware, smart without being showy—begins to emerge. The novel’s mood doesn’t so much shift—the early pages were too confused and logorrheic to have one—as settle. In addition to her husband’s absence, Daphne has suffered other losses, including the death of both her parents; she is lonely, touchingly so. She is also intellectually curious, sensitive, and consistently interesting in her thoughts. The book reflects her voice; it is gently sad but warm and frequently funny too ... The Golden State bears some resemblance to a flaneur novel. But if it is a flaneur novel, it represents a step forward for the genre. The roving male protagonist who observes the world around him from a position of detachment has been replaced by a narrator who combines an abstract intellectual interest in politics and class and national identity with insights into her own relationships and emotional life. Daphne is especially acute about parenting a small child ... Which brings me back to why I am so frustrated by the novel’s opening pages. It would be a shame if readers were to put this one down too soon. After ten or fifteen pages, The Golden State becomes what it should have been all along: an excellent, accomplished, original novel, one of the best I’ve read in a while.
Read Full Review >>
Rave Heather Abel,
Slate
As in life, her baby is always present and always needy. While babies can be boring, the book never is. I found it thrilling, actually, to increasingly feel the burden of Honey. I began to dread her cries ... But even as I delighted at the way Kiesling built suspense out of early motherhood, I became angry that I hadn’t encountered this in literature before ... What Kiesling syntactically accomplishes is an exquisite look at the gulf between the narrow repetitive toil of motherhood and the sprawling intelligence of the mother that makes baby care so maddening ... By telling the story of a new mother, someone who might surmount the odds and take a nap but will never achieve a year of rest and relaxation, The Golden State reveals the limitations of the dream of an end to responsibilities. We may all be Bartlebys, preferring not to, but we’re stuck here, caught in the sluggish machinery of late capitalism and its 'godawful bureaucratic clusterfuck.'
Read Full Review >>
See All Reviews >>
SIMILAR BOOKS
Fiction

Fake Accounts
Lauren Oyler
Positive
What did you think of The Golden State?
© LitHub | Privacy