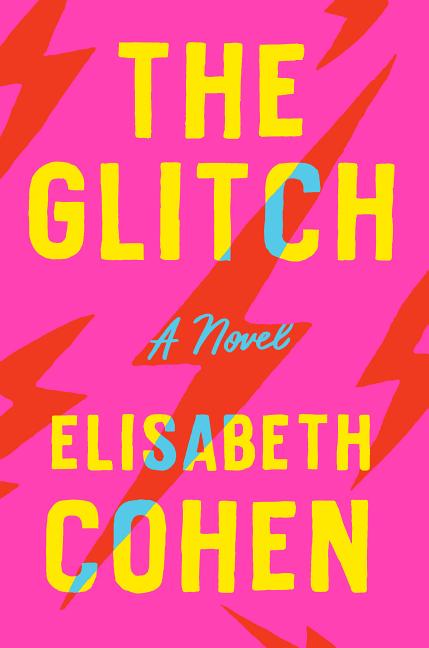 A highly ambitious Silicon Valley CEO thinks her life is under control until she loses her young daughter and, on the 20th anniversary of her strike by lightning, she meets someone who appears to be, literally, a younger version of herself.

What The Reviewers Say
Rave Diana Platt,
Booklist
Part techno-thriller, part techno-satire, Cohen’s debut is a funny, engaging read.
Read Full Review >>
Positive Stephanie Danler,
The New York Times Book Review
Elisabeth Cohen brings us The Glitch, an ambitious and entertaining novel that centers on Shelley Stone ... the protagonist is one of those women who routinely advise us that we, too, can 'have it all' ... Cohen is a shrewd writer; her take on Shelley’s life is slightly tongue-in-cheek, though the first-person narrative is never mocking ... The 'glitch' in Shelley’s impeccably calibrated system is the unexpected appearance of a young woman who claims to be the younger Shelley. That irrational encounter precipitates the narrator’s steady unraveling and final confrontation with what I can only call the absurd. But what is the 'glitch,' really, for the rest of us? It’s a question of work, and what it costs women to do it.
Read Full Review >>
Positive Joanne Kaufman,
The Wall Street Journal
Silicon Valley big cheese Shelley Stone, the hilariously single-minded protagonist of The Glitch...a mostly terrific satire ... has many a core principle. These include scheduling sex only when she and her husband are changing out of their clothes anyway. Because, really, where’s the pleasure in pleasure? ... The Glitch develops a glitch of its own toward the end. The previously sure-handed Ms. Cohen loses her grip on the narrative and, by sending Shelley on the road to redemption, loses faith in the appeal of an unlikable heroine.
Read Full Review >>
See All Reviews >>
SIMILAR BOOKS
Fiction

Vladimir
Julia May Jonas
Rave
What did you think of The Glitch?
© LitHub | Privacy