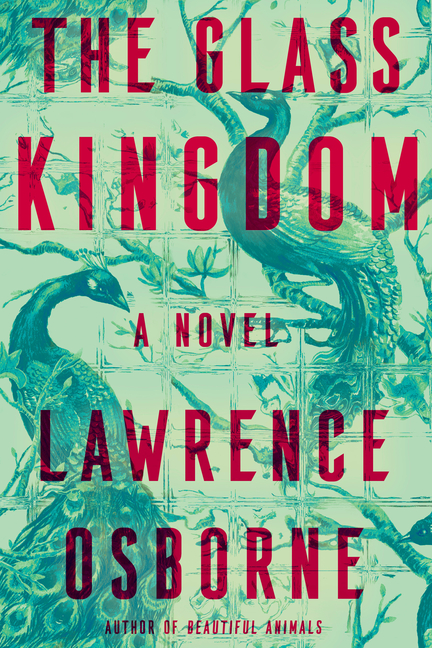 Escaping New York for the anonymity of Bangkok, Sarah Mullins arrives in Thailand on the lam with nothing more than a suitcase of purloined money. Her plan is to lie low and map out her next move in a high-end apartment complex called the Kingdom, whose glass-fronted façade boasts views of the bustling city and glimpses into the vast honeycomb of lives within.

What The Reviewers Say
Positive Louise Doughty,
The New York Times Book Review
New perspectives and back stories keep being introduced even toward the end, when we would really just rather know what is going to happen ... This wandering viewpoint — which seems too arbitrary to count as authorial omniscience — is annoying, but as unrest grows on the streets outside, and the characters become trapped in the apartment block, the novel begins to exert a sinister pull ... It is at this point that the full force of Osborne’s acutely drawn but bleak and bitter vision comes into play ... The main plot of the book seems incidental to these character sketches. There’s the murder, and some blackmail, but what draws Osborne’s finest sentences is observation and atmosphere ... It is no mean feat to make the ending of a novel truly shocking when the reader doesn’t particularly like or believe in any of the characters.
Read Full Review >>
Positive Paul Sedan,
The Christian Science Monitor
If your taste in fiction runs to psychological thrillers with elaborate prose and exotic locations, The Glass Kingdom is worth a read ... Unlike Dostoevsky’s Raskolnikov, the protagonist in Crime and Punishment, Sarah is not wracked with guilt despite having committed the crime of forgery and theft. If anything, she comes across as plagued with ennui. Her listlessness is puzzling, given that she made such elaborate plans to get the money in the first place. She’s like the dog that chases cars but doesn’t know what to do when it catches one. Her character isn’t particularly appealing, and one wishes that she would be more decisive – even if it’s just committing to something other than just being there. I mean, if you had $200,000 in cash and were living in Southeast Asia, wouldn’t you at least want to travel, buy fancy clothes, and live it up?... The novel’s other characters also have ill-defined backgrounds. Their physical descriptions are somewhat satisfying, but one yearns to know their backstories and add flesh to the bare bones of their existence ... What really shines is Osborne’s prose in observation and atmosphere ... Osborne, a British novelist who currently lives in Bangkok, paints a vivid picture of the city and its inhabitants. Referred to by some as a modern Graham Greene, Osborne explores the ambivalent natures of his characters against the backdrop of one of the world’s exotic megacities ... You can almost feel the oppressive heat when the air conditioning in the Kingdom goes out. You can hear the rain as it hits the glass roof of the Kingdom and see the changing evening sky. His verbal paintbrush does more for the city of Bangkok than it does for his characters. But if you’re looking for an escape from the ordinary, The Glass Kingdom fits the bill.
Read Full Review >>
Mixed Lucy Atkins,
The Times
Osborne, previously a travel writer, generates a superbly visceral sense of Bangkok as a buzzing, humid, contradictory place with yoga parlours and stray dogs, glorious flowers and seedy bars, temples, skyscrapers and ghosts. The characters, however, are less fully realised ... They are clearly supposed to be disconnected and dissembling, but at times their behaviour stretches credibility ... Stylistically, there are definitely some transcendent moments, but there are also a good few misfires ... The Glass Kingdom is definitely atmospheric, sometimes wonderfully so, but it takes more than atmosphere to build a new Graham Greene.
Read Full Review >>
See All Reviews >>
SIMILAR BOOKS
Fiction

The Devil Takes You Home
Gabino Iglesias
Positive
What did you think of The Glass Kingdom?
© LitHub | Privacy