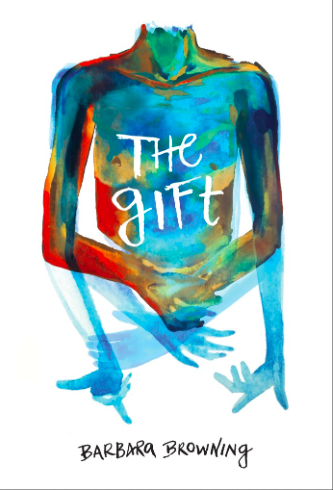 In the midst of the Occupy movement, Barbara Andersen begins spamming people indiscriminately with ukulele covers of sentimental songs. A series of inappropriate intimacies ensues, including an erotically charged correspondence and then collaboration with an extraordinarily gifted and troubled musician living in Germany.
Rave
Based on 5 reviews

What The Reviewers Say
Rave Jenny Hendrix,
The New York Times Book Review
...a smart, funny, heartbreaking and often sexy delight of a novel that presses hard against the boundaries of where literary and artistic performances begin and end ... While the novel is in one sense part of the recent era of autofictions, several examples of which — How Should a Person Be?, Leaving the Atocha Station, I Love Dick — are mentioned in its pages, there is a sense that The Gift is directed outward, toward the reader, rather than toward the writing self ... metatextual confessions are, like the rest of the novel, conveyed in a charmingly procedural tone that surprises, at times, with how vulnerable it can be.
Read Full Review >>
Rave Jeff VanderMeer,
Bookforum
It would be easy to get lost in these generous meta references, except The Gift’s other gift is that whoever wrote this novel—Andersen or Browning—has a magnificent sense of play, and does a superb job of dropping her doppelgangers and social and aesthetic analysis in among the rhythms and travails of the narrator’s life, which include the failing health of her mother, her friendship with the reclusive Sami, and what you might call performance or just daily acts of 'creative faith' ... There is a lovely grace and beauty to the arc of the novel despite the complex granularity of the ideas that contaminate what I guess I’m going to have to reduce to calling, crudely and in direct contradiction of Browning’s clear wishes, the plot ... the entire book is bursting with the intertwining of the physical and the philosophical, storytelling and sensuality ... a beautiful meditation on art, and a balm for readers in these difficult times.
Read Full Review >>
Rave Lauren LeBlanc,
The Minneapolis Star Tribune
Through this addictive, brainy and vibrant novel, which straddles nonfiction and fiction, Browning celebrates an unabashed passion for art and togetherness in a world muddled by assumed intimacy and inherent skepticism … The book would succeed on its own as a unique meditation on creativity, but Browning introduces a collaborator whose troubling and muddied history challenges Andersen's notion of empathy … Despite the darkness that complicates Sami and Barbara's entanglement, The Gift is infused with humor and tremendous emotion. As Andersen falls deeper into a world of shared intimacies, she bravely explores the extent to which we can be honest with ourselves and others.
Read Full Review >>
See All Reviews >>
SIMILAR BOOKS
Coming Soon

Mount Chicago
Adam Levin
Mixed
What did you think of The Gift?
© LitHub | Privacy