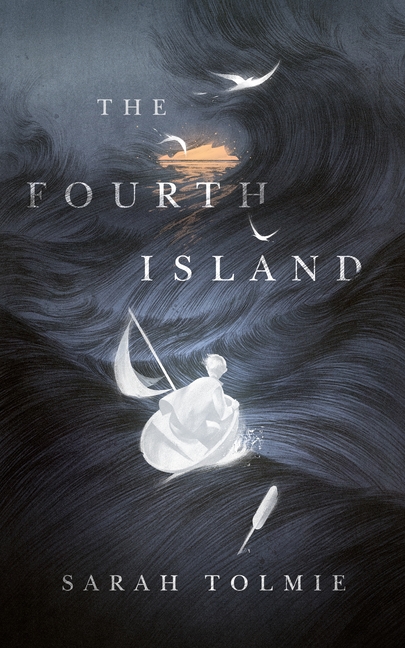 Huddled in the sea off the coast of Ireland is a fourth Aran Island, a secret island peopled by the lost, findable only in moments of despair. Whether drowned at sea, trampled by Cromwell's soldiers, or exiled for clinging to the dead, no outsiders reach the island without giving in to dark emotion.

What The Reviewers Say
Positive Regina Schroeder,
Booklist
... meanders through the ways in which people get lost and what happens when the lost get found again. The islands are harsh, but there are plenty of little joys to be found, and readers will enjoy following the story’s winding path.
Read Full Review >>
Positive Linda H. Codega,
Tor.com
The Fourth Island is like a dark tide. It flows in and out of time, history, and myth, creating a picture of the Aran Islands that is deeply enmeshed in Irish culture ... Tolmie’s lyric prose pulls us through, not a riptide, but an undertow through the entire piece. Her command of dialect and description is wonderfully grounded Gaelic experience ... It is perhaps both a strength and a hindrance in The Fourth Island that it spoke of folklore but only in passing, that the narrative makes it more difficult for the audience to explore how Irish it is ... The novella is beautifully written, each word picked carefully, but half-in and half-out of the Gaeltacht Aran Islands, it feels its own distance very keenly ... Exploring the humans of The Fourth Island was exceptionally entertaining, and I enjoyed a lot of the quirks that were added onto each character as we unpacked their histories ... Unfortunately, because of the shortness of the book, and the exceptionally keen focus on the rich interiority of the characters, the plot feels as isolated as the premise ... Tolmie’s romantic voice appears on the page as she parcels out the story in generations and lives, giving strength and vibrancy to the individual, but ignoring the island’s story. The novella often reads like a eulogy to the past
Read Full Review >>
Positive Jason Puckett,
Library Journal
... a strange meditation on love and death ... This quiet, magical-realist fairy tale written with a delicate melancholy will attract readers who enjoyed G. Willow Wilson’s The Bird King or Amal El-Mohtar and Max Gladstone’s This Is How You Lose the Time War.
Read Full Review >>
See All Reviews >>
SIMILAR BOOKS
Fiction

Find You First
Linwood Barclay
Positive
What did you think of The Fourth Island?
© LitHub | Privacy