The Forgotten Girls: A Stevens and Windermere Novel 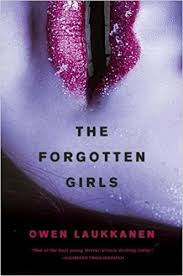 Kirk Stevens and Carla Windermere investigate the murder of a runaway found on the snowy railroad tracks in Boundry County, Idaho.

What The Reviewers Say
Rave The Real Book Spy
It all starts when a twenty-something-year-old woman named Ash is found dead near the railroad tracks outside of Boundry County in Idaho ... But then, somewhat by chance, Ash’s case lands on Stevens and Windermere’s radar, and the duo finally gives her investigation the respect it deserves ... Laukkanen makes the reader privy to information about the killer before his main characters know the man’s identity ... The young woman is both brave and strong and while the world sees her a misfit, readers will root for her because of her loyalty and spunk. Her story is compelling, and Laukkanen does a really good job develping her and making her relatable to readers ... While Owen Laukkanen has written some twisting plots, The Forgotten Girls is a seemingly straightforward thriller that’s driven by readers’ desire to see the savage villain caught and apprehended so he can pay for his crimes.
Read Full Review >>
Positive Elise Cooper,
Crimespree Magazine
The Forgotten Girls by Owen Laukkanen is an action driven story. As with his other books, readers should be aware that this author does not shy away from ghastly issues, fictionalizing them for even more suspense ... Readers should see this book as a two-parter. The first is a 'who done it,' while the second piece is the chase. Stevens and Windermere investigate each clue, only to be frustrated that the murderer seems to be one step ahead of them ... What adds to the intensity of the plot is the weather and forbidden geography. Anyone reading this will feel the cold and isolation ... Having multiple narrators adds to the tension as chapters alternate between the heroes and villain’s point of view. Readers will take a ride on these trains as they feel they are also homeless, traveling in the vast territory without any support.
Read Full Review >>
Rave Joe Hartlaub,
Bookreporter.com
The Forgotten Girls is yet another example of why Owen Laukkanen has been on my must-read list since the release of his debut novel ...this newly published title is the best of the lot to date, with Laukkanen combining suspense, extreme danger and an exotic setting to create another winner in the series ...Laukkanen brilliantly injects a technological plot point here, demonstrating that, while the police procedural mystery genre is vintage and venerable, technology in all its forms will continue to provide the seasoned dog with new tricks ...is set in a world that most people rarely contemplate, other than when the gates do down at a railroad crossing ... He ratchets up the suspense along the way as well, taking an unexpected player or two off the board before story’s end.
Read Full Review >>
See All Reviews >>
SIMILAR BOOKS
Fiction

Shutter
Ramona Emerson
Positive
What did you think of The Forgotten Girls: A Stevens and Windermere Novel?
© LitHub | Privacy