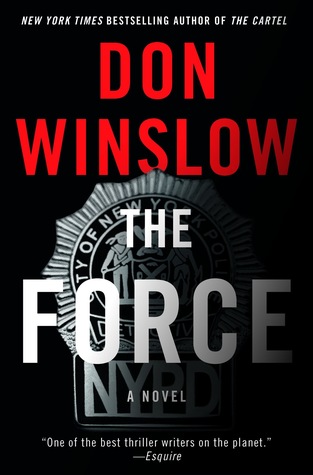 An epic police procedural from the author of The Cartel, set against the backdrop of racial tensions between the cops and community in present day Harlem, about a group of renegade New York detectives led by antihero Denny Malone.

What The Reviewers Say
Rave Janet Maslin,
The New York Times
The Force recalls Sidney Lumet’s great New York police films (Serpico, Prince of the City) and makes their agonies almost quaint by comparison. Winslow’s novel takes place in 2017, but he doesn’t frame it as a time of good cops and bad cops, black or white. He paints a realistic tableau of police privilege, pragmatism, racial bluntness, street smarts, love of partners and loyalty to what they call the Job ... The Force has a lot of exposition to get through in its initial pages. Denny’s background is kept deliberately incomplete, because key parts of it are needed for the book’s cinematic denouement. There are many characters and locations and illicit police habits to introduce. But the pace is kept up by the Winslow way with words, which almost entirely defies being quoted here, either because of the slang (Elmore Leonard league) or because of the everyday obscenities that lace every funny line.
Read Full Review >>
Rave Bill Ott,
Booklist
It’s rare for a writer to produce two career-defining masterpieces back-to-back, but that’s exactly what Winslow has done by following The Cartel (2015) with The Force. In an era rife with racially motivated police brutality, Winslow has created what will likely become our quintessential cop novel, looking both at what cops do right and wrong with clear-eyed realism and passionate humanity ... Grand in scope and equally grand in execution.
Read Full Review >>
Rave Alexander Rose,
The Wall Street Journal
... a very fine book ... brought home that World War II belongs to an era fast disappearing ... [Winslow] has both a knack with the pen and a nose for a thrilling tale ... Special forces are always cool—though 99% (by my rough estimate) of any big war’s work is conducted by regular joes—and books relating their exploits are always exciting, especially when related in so masterly a style as Mr. David’s ... Where Mr. David breaks the mold, and shows off his skill as a historian, are his lively chapters on the high-level debates among Winston Churchill, Gen. Sir Alan Brooke, Gen. George C. Marshall and Gen. Dwight D. Eisenhower about the formation and purpose of the First Special Service Force ... These strategic and operational aspects generally get left out by lesser hands in the genre, but Mr. David has done good work in the archives to complement his interviews with the surviving veterans and their families. His explanations of weapons and tactics are clear and illuminating ... quite rare in encompassing not only the tip of the spear but also who threw the spear, how the spear was thrown, the people it was being thrown at and why it was thrown in the first place.
Read Full Review >>
See All Reviews >>
SIMILAR BOOKS
Fiction

The Every
Dave Eggers
Mixed
What did you think of The Force?
© LitHub | Privacy