The First Day of Spring 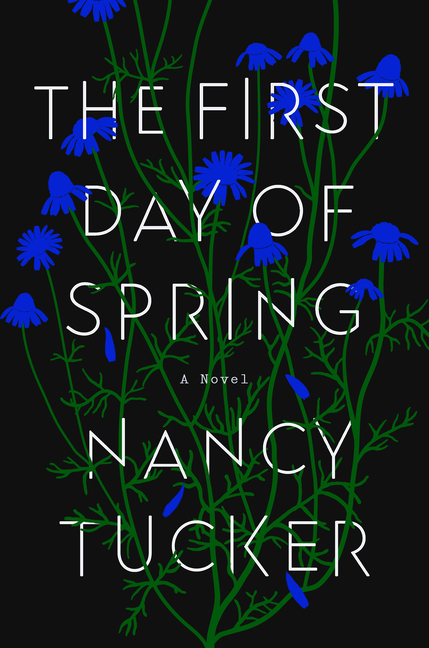 Chrissie is eight and she has a secret: she has just killed a boy. The feeling made her belly fizz like soda pop. Her playmates are tearful and their mothers are terrified, keeping them locked indoors. But Chrissie rules the roost -- she's the best at wall-walking, she knows how to get free candy, and now she has a feeling of power that she never gets at home, where food is scarce and attention scarcer. Twenty years later, adult Chrissie is living in hiding under a changed name. A single mother, all she wants is for her daughter to have the childhood she herself was denied. That's why the threatening phone calls are so terrifying. People are looking for them, the past is catching up, and Chrissie fears losing the only thing in this world she cares about, her child.

What The Reviewers Say
Rave Abigail Dean,
The New York Time Book Review
... gripping, unsettling ... Chrissie’s observations are immaculate, loyal to her age and her desperation ... The most moving passages of the novel come in her scrabble to endow her parents with rational kindness ... Starvation is so well captured here: the relentless, obsessive drudgery of it, 'a form of madness.' Chrissie is fascinated and repulsed by bodies better nourished than her own. At first, this fixation feels excessive, exhausting...But as Tucker opens Chrissie’s small, sparse world, this too becomes pitiful. In other people’s flesh, she can’t help seeing food ... There’s a unique, visceral fear for children who are murderers — you know those mug shots as well as I do — and Tucker sets that against our hope for redemption ... There is misery here, but there is also a dour British humor ... By the end of the novel, the voices of Chrissie and Julia reside deep in your skull: visceral and wicked, sad and wonderful, all at the same time.
Read Full Review >>
Positive Cari Dubiel,
Booklist
Psychologist Tucker’s first novel after several works of nonfiction gives readers a window into a disturbed yet complex mind ... This sharp-edged and highly discussable book is difficult to put down. While not recommended for those who are sensitive to violence against children, the story’s fundamental questions will appeal to readers of Ashley Audrain’s The Push (2021) and Zoje Stage’s Baby Teeth (2018).
Read Full Review >>
Rave Publishers Weekly
British author Tucker (The Time in Between: A Memoir of Hunger and Hope) makes a spectacular fiction debut with this gripping novel about childhood pain and healing ... The taut, meticulously observed narration, which alternates between Chrissie’s youthful and adult perspectives, mines the dangers that childhood trauma causes both its victims and those around them. Fans of Lisa Jewell and smart psychological suspense will eagerly await Tucker’s next.
Read Full Review >>
See All Reviews >>
SIMILAR BOOKS
Fiction

You Will Never Be Found
Tove Alsterdal, trans. by Alice Menzies
Positive
What did you think of The First Day of Spring?
© LitHub | Privacy