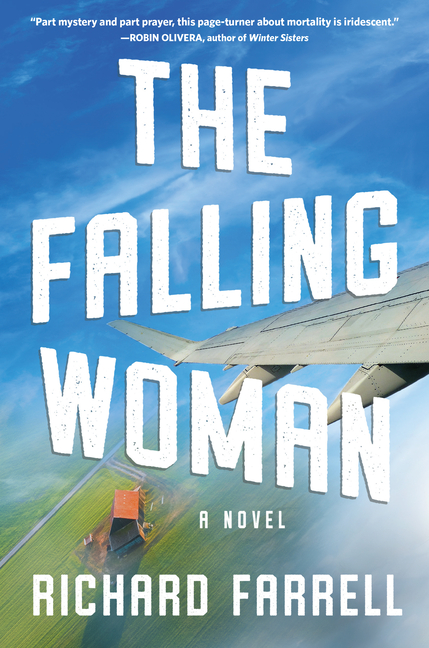 A woman with terminal cancer was the sole survivor of a plane crash. As a dedicated National Transportation Safety Bureau agent joins the search for clues, he becomes drawn into the woman's moving and personal fight to keep secret the story of her survival, even from her own family, and possibly at risk to his own career.

What The Reviewers Say
Rave Paul Dinh-McCrillis,
Shelf Awareness
... [a] mind-rattling debut mystery ... Page after page, Farrell builds confusion and frustration into an incendiary debate between belief in the miraculous and the basic laws of physics ... When he finally discovers the truth, what Charlie does with it will make for an explosive discussion long after the final chapter.
Read Full Review >>
Positive George Lichman,
Library Journal
Former pilot Farrell's skillfully written story of hope, love, and regret contemplated amid a fast-paced, high-pressure major airline accident investigation will appeal to readers who enjoyed Michael Crichton's Airframe, Gregg Hurwitz's The Survivor, and Noah Hawley's Before the Fall.
Read Full Review >>
Positive Bridget Thoreson,
Booklist
An intriguing story given weight by its examination of what it means to be faithful.
Read Full Review >>
See All Reviews >>
SIMILAR BOOKS
Fiction

The Devil Takes You Home
Gabino Iglesias
Positive
What did you think of The Falling Woman?
© LitHub | Privacy