The Fall of Lisa Bellow 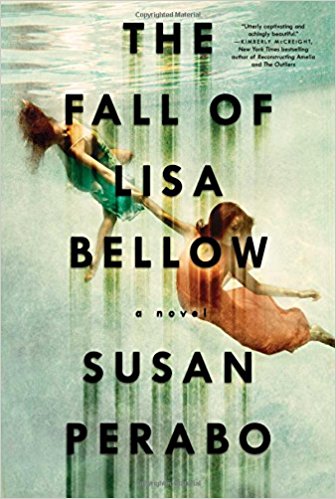 When a middle school girl is abducted in broad daylight, a fellow student and witness to the crime copes with the tragedy in an unforgettable way.

What The Reviewers Say
Positive Bridey Heing,
Paste
Perabo succeeds in capturing the complex dynamics between middle school girls, writing Meredith and Lisa as nemeses bonded through years of familiarity and shared experiences ... Perabo does attempt weave too many narrative threads; Meredith’s family is blighted by accidents and disputes, adding unnecessary tension to an already emotionally rich story...Any of the subplots read as if they could be driving forces in the story, yet they only compete for attention with the central narrative. Perabo makes up for this by delivering a realistic portrayal of Meredith’s 13-year-old psyche, tackling survivor’s guilt and the impact of trauma. The Fall of Lisa Bellow ultimately offers a captivating examination of grief—and hope—as Meredith constructs an elaborate universe for her imagined version of Lisa.
Read Full Review >>
Positive Dale Singer,
The St. Louis Post-Dispatch
Perabo alternates chapters from each point of view, deftly switching from the perspective of a middle-school girl to that of a parent who is visited by tragedy for the second time ... The tension is strongest when the focus is on Claire. The novel’s most powerful scenes come when Claire and Lisa’s mother, Colleen Bellow, meet — one mother whose daughter is missing physically, the other whose daughter is present but distant and troubled. Perabo’s portrayal provides a realistic, haunting look into what both women are feeling ... Readers who like their mysteries tied up neatly may find the ending of The Fall of Lisa Bellow unsatisfying. But as Claire comes to realize, this story and most stories aren’t really about endings, happy or otherwise. It’s the journey, day by day and hour by hour, that makes them interesting. In that respect, Perabo will give readers what they are looking for.
Read Full Review >>
Mixed Steph Cha,
USA Today
Half of the novel is told from Claire’s point of view, and she’s really the main attraction — a flawed but loving woman, not above using her position as dentist to punish the occasional schoolyard bully. Despite the central crime element, Lisa Bellow is more character study than suspense novel. Unfortunately, the prose isn’t quite strong enough to make up for a languid plot. Nonetheless, Perabo makes some interesting observations about character and family life, and her book should have some emotional resonance with anyone who’s felt out of place or left behind.
Read Full Review >>
See All Reviews >>
SIMILAR BOOKS
Coming Soon

Mount Chicago
Adam Levin
Mixed
What did you think of The Fall of Lisa Bellow?
© LitHub | Privacy