The Eye: An Insider's Memoir of Masterpieces, Money, and the Magnetism of Art 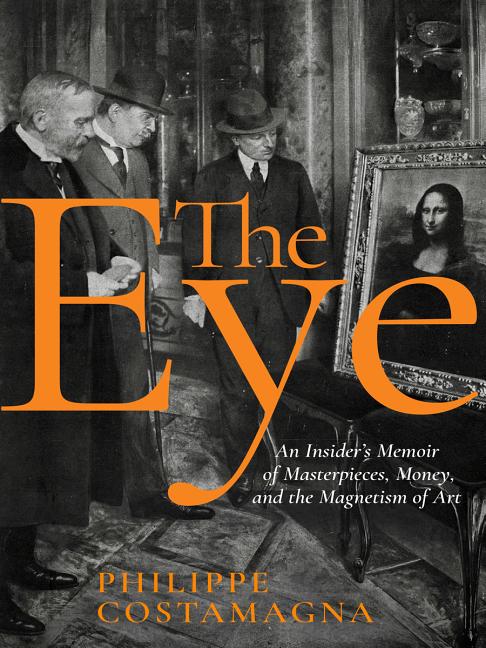 From the director of the Musée des Beaux-Arts in Ajaccio, Corsica, a memoir about the unusual profession of identifying the artists and authenticity of master paintings for purchase by collectors, dealers, and museums.

What The Reviewers Say
Positive Barbara A. MacAdam,
ARTnews
In an anecdote- and evidence-rich book, Italian Renaissance art historian Philippe Costamagna reveals how he unravels truth and fiction through close observation, teamwork, accident, and good fortune. Here is a brave, hearty defense of connoisseurship presented in a straightforward, frank, and even generous manner—and without jargon ... For his own part, we are fortunate enough to observe, he has been driven to follow a passion outside the money game of art.
Read Full Review >>
Mixed Alexander C. Kafka,
The Washington Post
As translated by Frank Wynne, The Eye opens promisingly ... the other two-thirds of the book: a fairly dry history of art expertise blended with score-settling, snobbery and self-regard. The title trope of 'the Eye'—a semi-mystical visual brilliance shared by a handful of freakishly talented art historians (including the author, of course)—is seductive at first but soon becomes irritating and then laughable. By book’s end, Costamagna sounds like a deranged cult leader ... What’s frustrating is that there is the start of a richer coming-of-age story that remains unwritten ... Costamagna seems willing to reveal only so much of himself, though. Post-adolescence, the curtain closes ... Despite the book’s rigidity, one comes away feeling somewhat re-sensitized to beauty and somewhat nostalgic for an era when museums weren’t the selfie-stick madhouses they are today.
Read Full Review >>
Mixed Willard Spiegelman,
The Wall Street Journal
That eye, the subject of Philippe Costamagna’s often exhilarating and informative, sometimes self-indulgent new book, could tell at a glance the real McCoy from a fake ... Mr. Costamagna is catholic in his enthusiasm and is open to the new. He tells delicious stories. Also, to his credit, he admits his mistakes ... On the other hand, he is less impressive as a writer than as an Eye. His book wanders. It repeats itself. He is most interesting when reporting from the field regarding the traditions and styles of connoisseurship, but his prose, translated from the French by the Irish-born polyglot Frank Wynne, is studded with unnecessary adjectives and clichés ... it lacks illustrations. The extensive treatment of paintings, prints and the ways of ascertaining authenticity would profit from more images. Mr. Costamagna’s rambling discussions make the irrefutable point that questions of attribution—regardless of whether the Eye is still considered a major resource for scholars, historians, educators and buyers—continue to engage everyone’s attention.
Read Full Review >>
See All Reviews >>
What did you think of The Eye: An Insider's Memoir of Masterpieces, Money, and the Magnetism of Art?
© LitHub | Privacy