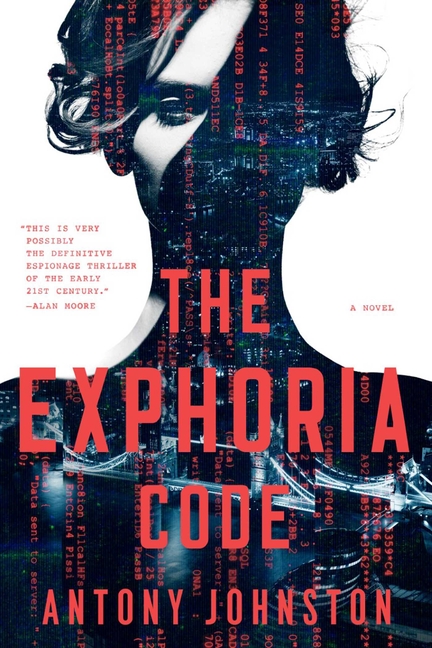 What The Reviewers Say
Positive Linda M. Castellitto,
BookPage
Johnston has once again created a heroine who’s as smart and savvy as she is badass. He lays a complex trail of clues, hazards and betrayals as Bridge goes undercover to track down the mole and ends up in tense interrogations, edge-of-your-seat chases and action-packed fights to the possible death. Can she unearth the mole before something terrible happens? Readers will thrill to the chase in this kickoff to a techno-thriller series that has at its center a hacker with a heart of gold—and nerves of steel.
Read Full Review >>
Positive David Pitt,
Booklist
... a fast-paced and cleverly constructed story that uses many of the familiar spy-novel tropes but does so in exciting new ways. The novel bears a slight resemblance to the author’s 2012 graphic novel The Coldest City, but that was a Cold War–era story, and this one is very much a modern-day spy novel. Johnston makes good use of jargon and technical terminology to give the story an air of realism, although the story pushes itself right to the edge of plausibility, cleverly adding to the suspense. A rousing success.
Read Full Review >>
Mixed Publishers Weekly
... intriguing if flawed ... Sharp turns out to be quite resourceful, physically and mentally, and thrilling action scenes keep the pages turning, but readers should be prepared for too much exposition and paint-by-numbers characterizations. Johnston’s obvious talent suggests he can do better in the sequel.
Read Full Review >>
See All Reviews >>
SIMILAR BOOKS
Fiction

Before She Disappeared
Lisa Gardner
Rave
What did you think of The Exphoria Code?
© LitHub | Privacy