The Evil Men Do 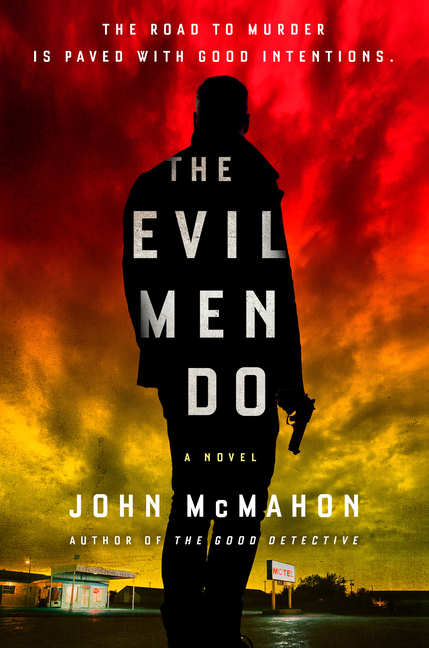 The author of The Good Detective delivers a sequel l in which a cop takes on a harrowing new case and confronts old personal demons. What if the one good thing you did in your life doomed you to die?

What The Reviewers Say
Rave Joe Hartlaub,
BookReporter
... meets and exceeds the promise of The Good Detective, establishing that the superior plotting and writing chops McMahon exhibited in his debut outing were no fluke. He assures readers in his Acknowledgements that Marsh will return. While this book is complete in itself, there are enough unanswered questions left hanging to provide more than enough fodder for another installment of this highly readable and enjoyable series.
Read Full Review >>
Rave Michele Leber,
Booklist
A compelling, character-driven sequel to McMahon’s stunning debut, The Good Detective (2019), this firmly establishes the author as a force in crime fiction.
Read Full Review >>
Positive Kirkus
McMahon excels in sweating the procedural details of the investigation ... But he’s set his sights higher, taking in everything from a civil suit the relatives of the perp Marsh shot in The Good Detective (2019) have launched against him to a possible conspiracy behind the deaths of his deeply grieved wife and son, all of it larded with Georgia attitude and truisms, a few of which rise to eloquence ... As tangled and turbulent as the hero’s nightmares, and that’s saying quite a bit.
Read Full Review >>
See All Reviews >>
SIMILAR BOOKS
Fiction

The Devil Takes You Home
Gabino Iglesias
Positive
What did you think of The Evil Men Do?
© LitHub | Privacy