The Eternal Audience of One 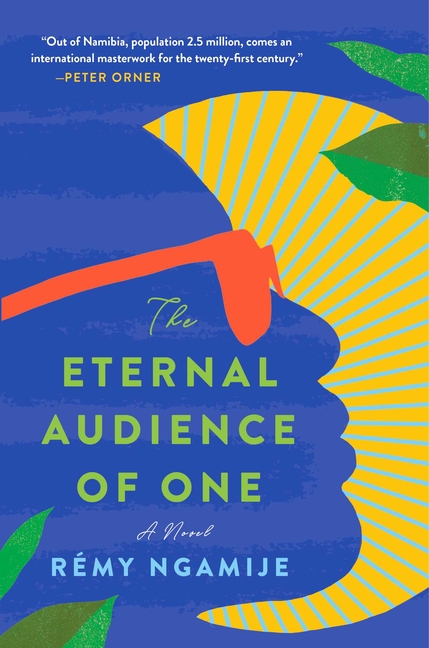 From one of Africa's emerging literary voices comes a tale of family, migration, friendship, war, identity, and race following the intersecting lives of Séraphin and a host of characters from pre- and post-1994 Rwanda, colonial and post-independence Windhoek, Paris and Brussels in the 70s, Nairobi public schools, and the racially charged streets of Cape Town.

What The Reviewers Say
Rave Karamagi Rujumba,
Pittsburgh Post-Gazette
What unfolds between the pages of The Eternal Audience of One is at turns a charming, witty, and incredibly humane story of a group of friends — all of them trying to establish a sense of belonging — as they maneuver interpersonal relationships in many ways predestined to be complicated by dint of historic forces ... Seen through the prism of the state of current affairs in this part of southern Africa, Ngamije’s novel is a timely and appropriate work of fiction that highlights the ways in which life is still heavily segmented along race, economic disparity, and a certain level of xenophobia in this part of the world ... Perhaps the most exciting aspect of this book is the decidedly uptempo writing style ... Ngamije may be a newcomer on the global literary scene but in the parlance of the urban slang that flows off the pages of The Eternal Audience of One, with incredible ease, he has made a bang with a slayer of a novel. It’s an instant classic.
Read Full Review >>
Rave Carole V. Bell,
BookPage
Rémy Ngamije’s sharp-witted and incisive debut, The Eternal Audience of One, paints a revealing portrait of its peripatetic protagonist and the many places he’s called home ... Ngamije vividly captures the life of a man ... Despite the cultural specificity, many readers will recognize the intergenerational conflicts and warring emotions at the center of this bildungsroman ... Ngamije brilliantly explores the irony in Séraphin’s identities ... Séraphin is an incisive, funny and keen social observer, so inside his head is a fine place to be ... Ngamije’s writing is beautiful, his observations original and precise, his sense of place unsurpassed. The plot is less developed, but flaws don’t detract from this gorgeously imperfect first novel ... striking.
Read Full Review >>
Rave Publishers Weekly
[A] funny and incisive debut from Namibian writer Ngamije ... Flashbacks and ruminations from Séraphin and his parents lead to a revelatory conclusion that impacts all of them, and create a vivid catalog of sorrows, embarrassments, and barely concealed hostilities, which Ngamije conveys through Séraphin’s sly commentary ... Fans of Brandon Taylor’s work will love this.
Read Full Review >>
See All Reviews >>
SIMILAR BOOKS
Coming Soon

Victory City
Salman Rushdie
Rave
What did you think of The Eternal Audience of One?
© LitHub | Privacy