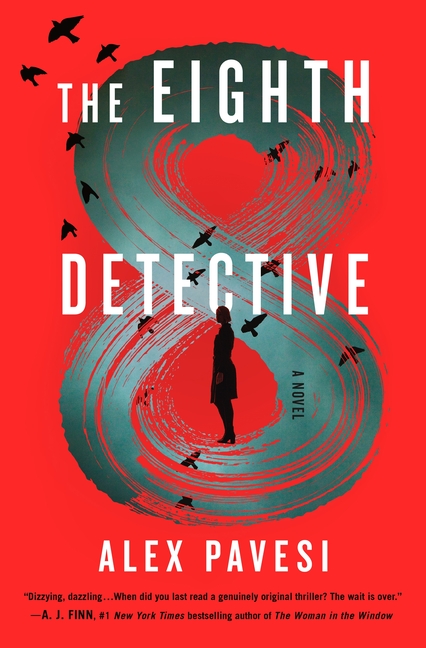 There are rules for murder mysteries. There must be a victim. A suspect. A detective. The rest is just expanding the permutations. Grant McAllister, a professor of mathematics, once sat down and worked them all out - calculating the different orders and possibilities of a mystery into seven perfect detective stories he quietly published. But that was thirty years ago. Now Grant lives in seclusion, counting the rest of his days. Until Julia Hart, a sharp, ambitious editor knocks on his door. Julia wishes to republish his book. But there are things in the stories that don't add up. Inconsistencies left by Grant that a sharp-eyed editor begins to suspect are more than mistakes. They may be clues, and Julia finds herself with a mystery of her own to solve.

What The Reviewers Say
Rave Tom Nolan,
The Wall Street Journal
...[a] unique brainteaser of a mystery novel ... The tales are elegant equations, clever variations on classic 'Golden Age' setups: the locked-room murder mystery; the case of the detective-as-killer ... Julia suspects the stories may also be, in hidden ways, autobiographical—even confessional. Why are there seeming errors in certain descriptive passages? Are these intentional clues, pointing to alternate interpretations and solutions? The editor starts imagining variations on the author’s stories. In time, there are enough forking paths in evidence to intrigue a reader of Borges ... Mr. Pavesi, himself a trained mathematician, has created something new under the sun: a book of clever mystery puzzles (with mordant noir endings), a challenging exercise in deconstruction—and one of the most innovative works in recent memory.
Read Full Review >>
Rave Sarah Lyall,
The New York Times Book Review
... a cerebral box of delights ... The reader understands that the book is a meta-story about the nature of mystery writing itself, but it’s a sign of Pavesi’s skill that we fall headlong into each of his stories. If that means we’re pawns in his grand chess game, so be it. His revelations are completely unexpected, right up to the end.
Read Full Review >>
Rave Stuart Schiffman,
Bookreporter
As I began The Eighth Detective Alex Pavesi’s debut novel, it immediately became clear that I was in new, undiscovered territory, experiencing a story far different from the traditional mysteries that I normally read and enjoy. Many will recognize it as an English mystery in the style of Agatha Christie. Only two characters occupy the book’s pages, but Pavesi presents readers with a remarkable puzzle that requires explanation and thought. It is mystery fiction in a unique, clever and captivating form. Prepare yourself for an original and exceptional reading experience ... While The Eighth Detective purports to be a novel describing the formula for creating a mystery, never for one moment does it conform to that formula. Pavesi seems willing to break several traditional mystery norms in this exciting first effort, and we await future books with great anticipation.
Read Full Review >>
See All Reviews >>
SIMILAR BOOKS
Fiction

The Hacienda
Isabel Cañas
Positive
What did you think of The Eighth Detective?
© LitHub | Privacy