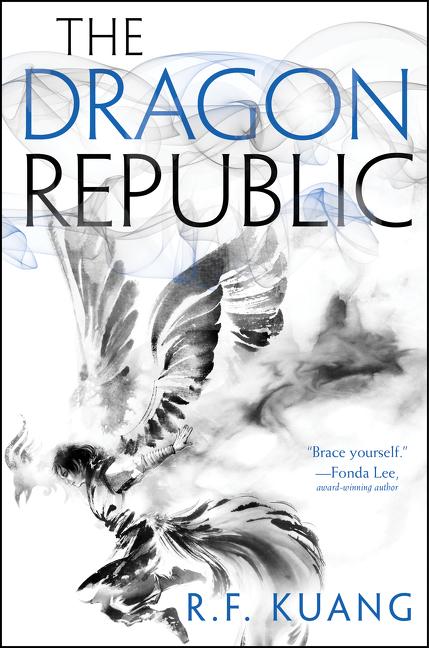 Rin's story continues in this sequel to The Poppy War--an epic fantasy combining the history of 20th-century China with a gripping world of gods and monsters. Nikan is on the run from the murderous commands of the fiery Phoenix--the vengeful god who has blessed Rin with her fearsome power. Though she does not want to live, she refuses to die until she avenges the traitorous Empress who betrayed Rin's homeland to its enemies.

What The Reviewers Say
Rave Kristi Chadwick,
Library Journal
This stunning sequel to The Poppy War is an epic journey of vengeance, friendship, and power wrapped in the folds of gods and monsters. Kuang has created a young woman torn by her connections to friends and family, searching for love and belonging, and given power beyond her imagining. Her story is unforgettable.
Read Full Review >>
Rave Lucy Lockley,
Booklist
Kuang’s descriptive storytelling reveals the grueling psychological and material cost of war on combatants and those they are supposed to protect. Fans of epic military fantasy will be eager for the next volume.
Read Full Review >>
Positive Maggie Boyd,
All About Romance
[Kuang] diligently works through all the typical tropes of this category, deftly delivering exactly what I have come to expect from such a book. While that is an absolute positive, it’s also a bit of a negative; because the author is following familiar ground so faithfully, the story feels somewhat predictable ... The whole book is like that, a mix of strong points nudged downward by minor weaknesses ... One aspect that was wholly good was the juxtaposition between science and magic ... Fans will be glad to know we encounter several of Rin’s old school friends during the course of the narrative. The author does an excellent job of updating us on how they fared in the last war and showing the changes that conflict wrought on their personalities ... not without its problems, but it’s still an enjoyable book. If you’re a fan of dark, battle driven tales of magic and mayhem, I would strongly recommend the series to you. The first book is a wonderful military fantasy and the author changing the setting from the typical medieval European one and locating it in a re-imagined ancient China adds a refreshing diversity to this standard trope. While this middle book in the series was not quite as strong as the first, I was satisfied with it and am eagerly anticipating book three.
Read Full Review >>
See All Reviews >>
SIMILAR BOOKS
Fantasy

40
Alan Heathcock
Positive
What did you think of The Dragon Republic?
© LitHub | Privacy