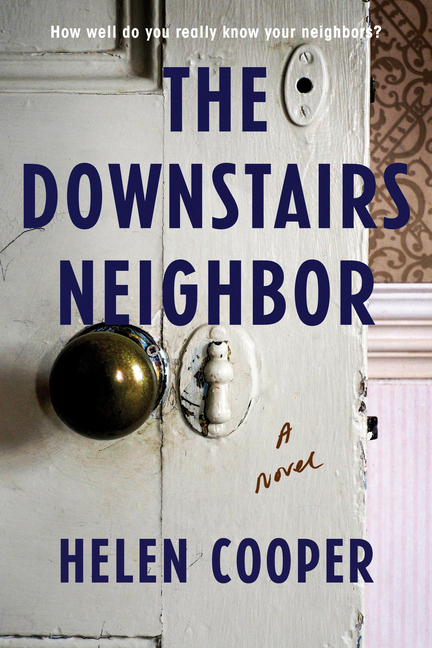 In this debut novel, 17-year-old Freya has vanished from her family's apartment in suburban London. The effects of Freya's disappearance ripple outward, affecting not just her parents, but everyone who lives in the building—all of whom are harboring secrets.

What The Reviewers Say
Positive Rebecca Munro,
Bookreporter
... an instantly intriguing novel, and while Cooper is certainly ambitious in her plotting, her ability to maintain tension, drop clues and hold readers' attention speaks to an impressive talent for mystery writing. Although it is a little difficult to keep the characters straight at first, her use of the three-story townhouse keeps the narrative tidy and helps to cement each character in your mind. By the time you have them pinned down, their individual stories whisk you away with twists, turns and surprising reveals. While some backstories are a bit predictable, Cooper’s ability to write the emotions of her characters makes her uses of tropes and stereotypes feel new and fresh, and the overwhelming guilt shared by all of her characters adds a compelling edge to this fast-paced novel ... I will say that the pacing was a little haphazard; the beginning moves so fast that I barely had time to care about Freya or why she was missing. I found myself much more interested in the other characters and their backstories, especially Kate and Emma. Although Freya was the catalyst for the unraveling of the other characters’ lives, she almost fell by the wayside as they took center stage. This is not only because of the rushed beginning; the reveals that followed felt so real and organic that I became much more invested in them ... Helen Cooper has revealed herself to be an impressive new talent, and I foresee a very bright future for this newcomer to the thriller genre. Her intricate plotting and character-driven suspense are reminiscent of B.A. Paris, Megan Goldin and David Bell, and I suspect that she will find many fans in their readers.
Read Full Review >>
Rave Vicki Gregory,
Library Journal
Fans of British mysteries will love this debut. The setup of the characters is leisurely, but once the story gets rolling, it is difficult to put down. This is one that readers may not figure out fully, if at all, in advance of the denouement, but the author ties all the secrets together in a most satisfying reveal.
Read Full Review >>
Rave Jane Murphy,
Booklist
Cooper skillfully builds a house of cards, demolishes it, reshuffles the deck, and deals an even stronger hand, while keeping a few cards up her sleeve. An emotionally charged domestic-suspense debut, perfect for fans of Lucy Foley and Ruth Ware.
Read Full Review >>
See All Reviews >>
SIMILAR BOOKS
Fiction

Find You First
Linwood Barclay
Positive
What did you think of The Downstairs Neighbor?
© LitHub | Privacy