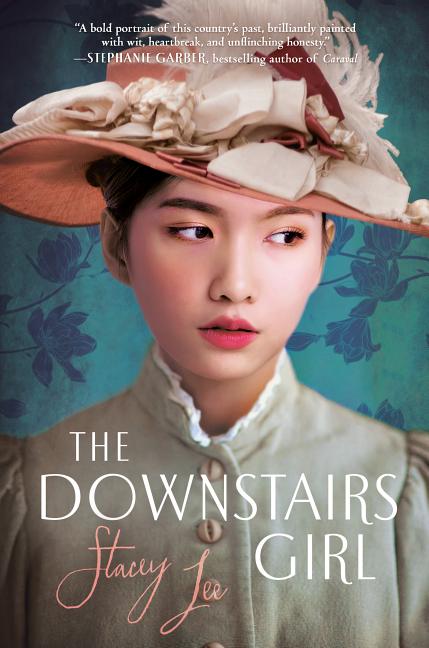 By day, seventeen-year-old Jo Kuan works as a lady's maid for the cruel daughter of one of the wealthiest men in Atlanta. But by night, Jo moonlights as the pseudonymous author of the newspaper advice column for the genteel Southern lady, 'Dear Miss Sweetie.' When her column becomes wildly popular, she uses the power of the pen to address some of society's ills, but she's not prepared for the backlash that follows when her column challenges fixed ideas about race and gender. Jo must decide whether she, a girl used to living in the shadows, is ready to step into the light.

What The Reviewers Say
Rave Sarah Hunter,
Booklist
Lee...has concocted another thrilling historical novel, blending stellar plotting and a dynamic cast of characters with well-researched details and sharp commentary on America’s history of racism and prejudice. She pulls no punches when it comes to Jo’s experiences of being Chinese in the Reconstruction South...and though there’s stirring romance between Jo and the son of the Bell family, Jo acknowledges the difficulties in that path. But best of all is Jo’s first-person narrative, which crackles with as much witty wordplay and keen observations as her column. This spectacular, voice-driven novel raises powerful questions about how we understand the past, as well as the ways our current moment is still shaped by that understanding.
Read Full Review >>
Positive Caitlyn Paxson,
NPR
Jo's life is bitter in many ways, and The Downstairs Girl doesn't shy away from the discrimination and unfairness that she faces at every turn because of her race and gender. It also manages to be intersectional, as the story is populated with diverse characters of color and it takes the time to acknowledge the many permutations of injustice that all of them face. Even as we admire the tenacity of suffragists working to gain the vote for women, we are asked to balance their struggle with their treatment of the black women they dismiss for wanting the same rights ...If I must find something here to complain about, I suppose it would be that at times, Jo's voice and the general tone of the narrative feel very modern, and it lacks the slightly more formal and languid language that one sees in books that were written during the era The Downstairs Girl portrays. But honestly, every era had its radicals, and I see no reason why we can't simply consider Jo to be a saucebox ahead of her time — and Lee certainly makes the most of period slang, to delightful effect. I honestly didn't know it was possible for a work of historical fiction to seriously take on the racism and sexism of the 19th century South while still being such a joyful read. I almost want to dare readers to not be delighted by its newspaper office shenanigans, clandestine assignations in cemeteries, and bicycle-riding adventures, but there's honestly no point. The Downstairs Girl, for all its serious and timely content, is a jolly good time.
Read Full Review >>
Positive Kirkus
In her latest work, Lee...continues to demonstrate that Chinese people were present—and had a voice—in American history. She deftly weaves historical details with Jo’s personal story of finding a voice and a place for herself in order to create a single, luminous work. An optimistic, sophisticated portrayal of one facet of Chinese American—and simply American—history.
Read Full Review >>
See All Reviews >>
SIMILAR BOOKS
Coming Soon

Better Luck Next Time
Julia Claiborne Johnson
Rave
What did you think of The Downstairs Girl?
© LitHub | Privacy