The Dope: The Real History of the Mexican Drug Trade 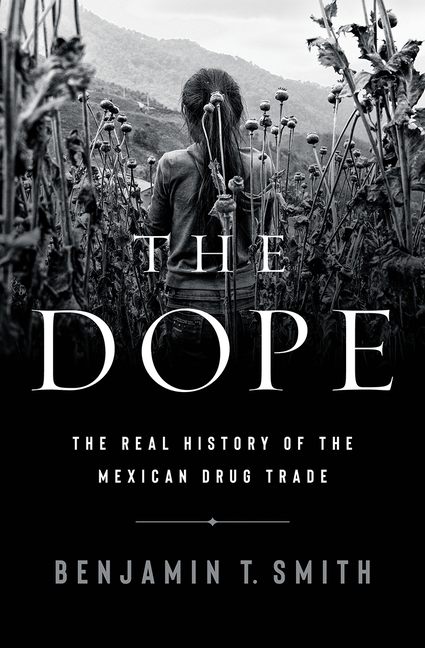 A professor and historian of modern Mexico offers a myth-busting, 100-year history of the Mexican drug trade that reveals how an industry founded by farmers and village healers became dominated by cartels and kingpins.

What The Reviewers Say
Rave Jude Webber,
Financial Times (UK)
... a magisterial and immensely readable new history of the Mexican drug trade ... riveting detail ... His pacy narrative is true crime at its historical best, replete with all the larger-than-life characters and thrills and spills of a Netflix narco drama ... gripping and revealing—but ultimately depressing. Smith skates over what the future holds but it is hard not to agree with his conclusion: 'A century and counting; the Mexican drug trade shows no sign of slowing.'
Read Full Review >>
Positive Anthony DePalma,
The New York Times Book Review
... chilling ... a century-long chronicle crammed with as much violence and mayhem as a Don Winslow border novel. It ditches drama as such and presents the war on drugs in all its grubby, often grisly, detail ... Written with a journalist’s eye and a historian’s perspective, The Dope...is comfortable telling precartel narco anecdotes that he uncovered in dusty archives, but he skims over some messy details of recent atrocities ... Smith makes a strong case that the awful escalation of violence is 'not so much in the DNA of trading in narcotics as in the DNA of prohibiting the trade.'
Read Full Review >>
Rave Publishers Weekly
... a sordid tale ... Staggering statistics...are reinforced by harrowing descriptions of assassinations and kidnappings. Smith also depicts atrocities committed by Mexico’s drug enforcement agencies, and the complicity of U.S. agents who failed to intervene. Forcefully arguing that the 'war on drugs' has been a failure, Smith believes that little in Mexico will change as long as narcotics remain illegal ... Smith’s depth of knowledge astonishes, and his pointed critiques of U.S. drug policy hit home. This searing history leaves a mark.
Read Full Review >>
See All Reviews >>
What did you think of The Dope: The Real History of the Mexican Drug Trade?
© LitHub | Privacy